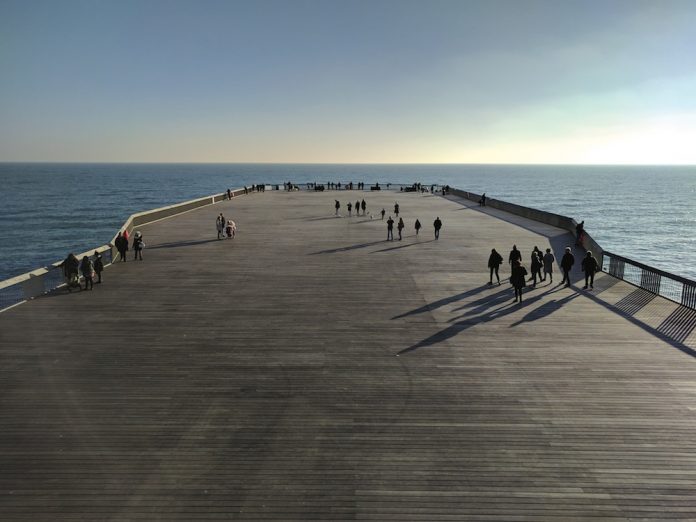 Two months after it was named Pier of the Year, Hastings Pier has received a 2017 RIBA National Award for architectural excellence from the Royal Institute of British Architects.

The pier joins a shortlist of just 49 buildings across the UK to be granted the award, from which the winner of the prestigious RIBA Stirling Prize, for the country’s best building of the year, will be drawn.

“I am delighted to see such confident, innovative and ambitious architecture delivered in such challenging times.”

The only other seaside recipient was Brighton’s i360 ‘vertical pier’, which was commended for the “sense of delight” it offered passers-by.

The judges sung Hastings Pier’s praises, commenting: “It has taken a seven-year heroic collaboration to turn a smouldering pier in disrepair and decline into a vibrant public space with a palpable sense of ownership.

“This collaboration has been between the community, the council, the engineers and the architect and it is the architect’s vision which has been vital throughout to steer the process.

“After extensive stakeholder consultation, it was clear to dRMM that the pier would be expected to host many different populist scenarios.

“The architects had to write the brief and help raise the budget before redesigning the pier. Their ‘master-move’ and response to this brief was to design a strong, community led/owned serviced platform which could accommodate a whole host of uses, from music concerts to international markets.”

“I am delighted to see such confident, innovative and ambitious architecture delivered in such challenging times.”

In May, Hastings Pier was awarded three regional RIBA awards, including one for the Hastings Pier Charity and one for architect Alex de Rijke.