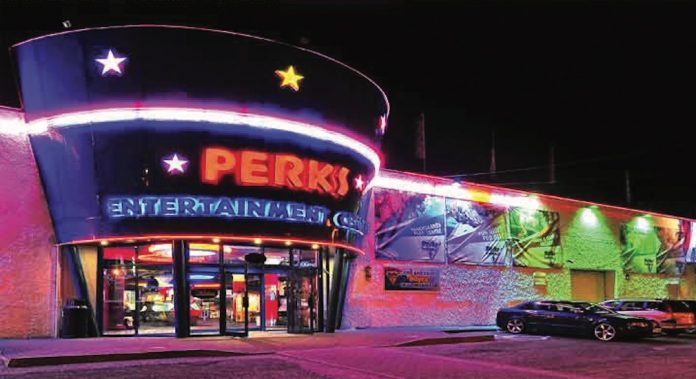 After a long struggle to get permission to open an amusements arcade in Fermoy, Perks Funfair suffered a setback when unfavourable business hours were decreed as a condition of opening in the town.

Perks Funfair, an Irish entertainments company, has put its plans to open an amusement arcade in Fermoy on hold due to restrictive opening opens decreed.

The announcement comes just four months after An Bord Pleanála (ABP), a quasi-judicial body that deals with planning applications in Ireland, upheld the decision of Cork County Council to grant permission for unit one of the Blackwater Shopping Centre to become an amusement arcade. However, upon granting permission, ABP ordered reduced evening opening hours – from eight in the morning until eight at night.

Philip Tivy, the owner of the business, said the issue proved a stumbling block and would need to be amended before revisiting plans to open in the town.

“The original planning we got had a closing time of around 10:30 to 11 in the evening, but then there was an appeal to the ABP by a couple of local residents,” Tivy said. “So we managed to get planning but with opening hours restrictions. We’ve been trying to get it changed as it wouldn’t be viable for us.”

The original planning application for the amusement arcade was submitted to Cork County Council by Perks in May 2016, with conditional approval granted the following August. Perks currently operates family entertainment centres in Youghal and Midleton, both in County Cork, which feature rides, games, and a casino each.

Tivy pointed out that both of these sites see the most footfall after seven o’clock in the evening, meaning the decreed closing times would seriously undercut revenues.

His partner Sally Tivy- Perks said: “Who would be going with their kids to an amusement arcade at eight o’clock in the morning? When you finish your tea at night, at six or seven o’clock, that’s when you want to be going.”

Speaking about the company’s next steps, Tivy- Perks said: “It’ll be a couple of months before we get back to our Fermoy project, because this is our summer season.”

Nevertheless, the setback has not dampened the owners’ ambitions to expand their business elsewhere.

“We’re looking at another couple of other places at the moment,” Tivy said. “Here in Youghal, summer, Christmas and Easter are busy, but other than that it drops down. “So we’re looking at opening outside of our base, to keep business steady all year round.”