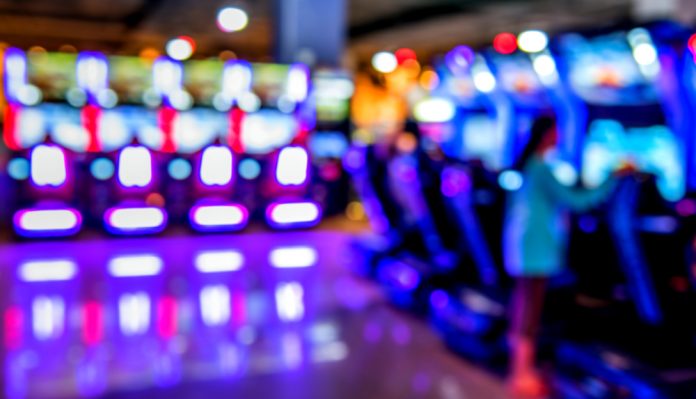 Coupling a name synonymous with quality, and game content that has stood the test of time, refurbished machines from Sega offer operators a financially-sound option for fitting out any arcade, or leisure premises, according to general manager, Justin Burke.

There are a few names that appear more prominently in an arcade environment than that of Sega, something that owes in no small part to the lasting popularity of its older releases. Through a dedicated UK refurbishing team, the company continues to supply these machines to the market at almost release standard to this day, meaning positive floor presence seems set to continue.

So much is the strength of the Sega name, established through years of creating top-ofthe-line arcade units and games, that branded machines remain a draw for first-time, or returning customers, representing quality of play for consumer, and return on investment for the operator.

Such can help drive refurbished sales, and to this end Justin Burke said: “The Sega name is wholly engrained in the amusement business and continues to be an attraction for new and used titles, games that were popular when first released such as Sega Rally or Out Run still remain popular.

“Over the many years we have produced so many classic titles, they were solidly built in the first place and as the demand is still there for them they are ideal for the used market both domestically and internationally.”
Sega’s portfolio of proven performers has led to many of its brands becoming arcade mainstays, with this near constant presence in leisure facilities establishing titles in both the popular consciousness of the consumer, and the mind of the savvy operator. As a result machines continue to be popular long after release, and Sega’s dedicated refurbishment process allows operators to purchase such units at later dates, without compromising on quality.
Burke commented: “If I looked at my workshop over the past year or so I can recall seeing numerous Out Run 4 Car Special Attractions which are as popular as ever; when you have 4 life sized Ferraris on a game it does help. But also there have been the likes of Rambo, Ghost Squad, House of Dead, Sega Rally all coming thought too amongst others.”

Such installations continue to prove desirable for more modern establishments that offer classic arcade gaming as a supplementary aspect of a wider premises. Burke noted that whilst this market segment is indeed growing, highlighting ‘barcades’ specifically, it is not yet a match for the classic arcade environment where Sega continues to be one of the biggest names around. Owing to the proficiency of the Sega refurbishing department he further commented that a mix of refurbished and new machines within a premises need not be noticeable.
“It is absolutely acceptable to site old refurbished classics alongside new titles, it works, it delivers entertainment and creates a good operating solution,” he then finished that the demand for high-quality refurbished units is incredibly broad. “We see our used games go all over the globe to existing and new customer for new openings and established operation.”