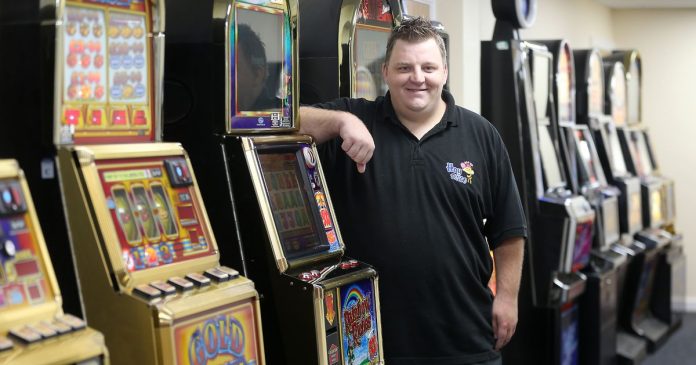 A bingo hall on the outskirts of Newcastle has been revived by a determined family business, whose player focused “winnability” strategy at Hay Bingo, combined with a £400,000 site and brand revamp looks set to lure punters and keep the big chains at bay.

An independent operator has launched Hay Bingo in Newcastle upon Tyne, reviving the hall which once hosted Orion Bingo.
Nicola Hay, who jointly owns the new bingo hall with her husband, believes their smaller, more intimate offering will provide something different for major-brand bingo players.
“When you go to Gala, you’re playing with 500 people, you haven’t got much of a chance of winning. Here we get 40-60 people a night, so we’ve got the winnability factor,” commented Hay, who explained that the rebranded hall will have plenty of new features to draw the already eager community in – and keep them coming back.
“We’ve introduced electronic bingo. You’ve got more chance of winning and it also caters to people with disabilities, such as people who are partially sighted.” Hay said. “We wanted to cater to different needs, because we’re very family orientated. When customers come in we’re on first name terms. It’s a close-knit community.”
The club’s income and prize pools have increased as a result of the new games, with a strategy to make the venue as accessible to all audiences as possible.
“We do a variety of nights catering to different price ranges, and we play link-up games with different providers, meaning players can sometimes win up to £10,000,” continued Hay.
“We cater to different needs. For example, many of our customers are elderly, so we’ve put extra lighting and cameras outside, and they’ve told us that makes them feel safer and more secure.”
Hay Bingo had previously suffered from a lack of profile in the community, with many locals believing the business had closed due to the previous disrepair of the building. The new owners have upgraded the exterior of the building and installed new signage, fittings and furnishings. Much of the work has been carried out during opening times to keep business running.
“We’ve had really positive feedback from the community, there are also lots of people who used to come years ago, who have returned back, because some days they were paying £22 for a book, and only getting two pound a line,” continued Hay. “We try to give back as much as they give in with our games.”

The newly named Hay Bingo now also boasts a social media presence on Facebook and an upcoming website, the initial of which we’re told is popular with the younger locals who attend the games. The operators are also looking at lateral ways to attract brand new customers.
“We’ve bought new fruit machines to attract different clientele. We have 15 currently and quite a few categories of slot, ones that are 10p a spin and ones that are two pounds a spin. It comes down to catering to different audiences and budgets,” continued Hay. “We’ve also got a bar-diner now, which includes an on and off license.”
Things look to be booming for the family run business, who are currently preparing for a lavish re-launch ceremony, and seeking new local staff to join their ranks.