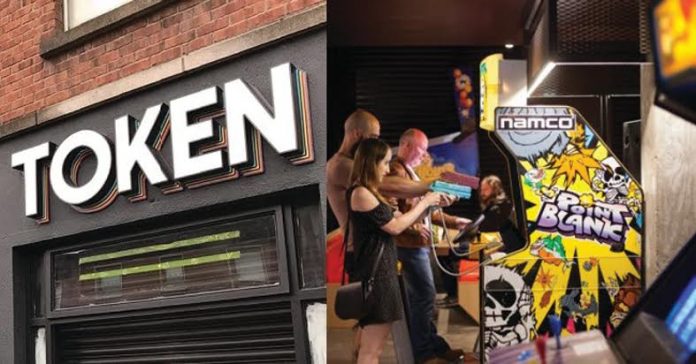 Billing itself as a “pinball parlour”, a new pub has opened in Dublin, following a public fundraising campaign.

Claiming to be the first pub of its kind in Ireland, Token opened on 5 June, offering visitors a retro arcade experience and “food truck staples”, along with the traditional pint pulling.

The pub opened in Dublin’s Smithfield area after a public fundraising campaign garnered more than E40,000 towards the cost. Along with more than 25 original arcade games across its two floors, including Donkey Kong, Space Invaders, Mortal Kombat II, Pac-Man, and Tekken Tag Tournament, Token is also hoping to bring an old retro favourite back into vogue with its 11 pinball machines.

In a pitch to potential customers, Brandon Felczer, Token’s senior community development officer, said: “We want to make our space your space, and bring like-minded people with similar interests together.

“As we plan to introduce more games in the coming months, we will have launches and virtual reality nights, developer showcases and pinball leagues.”

John Geraghty, editor of Publin.ie, a Dublin pub compendium, said that many new bars were pushing activities as a way to diversify.

“It is an experiment of sorts, but we know these ideas have worked in the past so it is less of a gamble than a brand new idea, plus it encourages people to go alone and play games for a few hours, which will likely increase the pints consumed.”