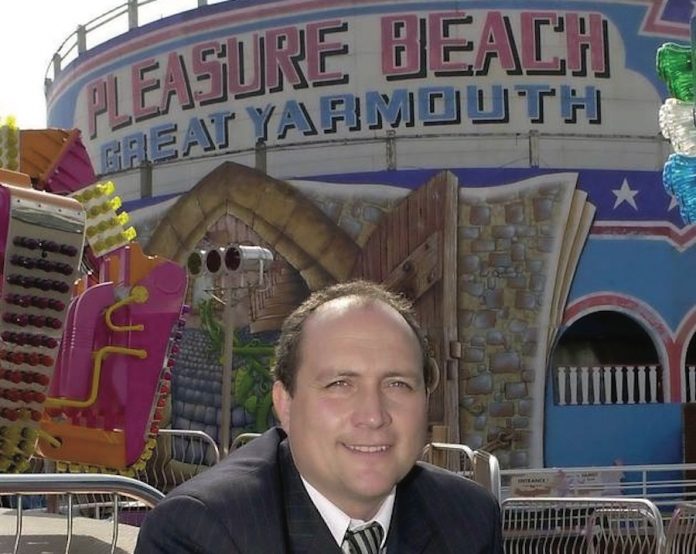 After a decade of delays, things are finally moving forward for the jewel of the Norfolk coast’s vast new leisure facility, much to the delight of local operators. For the man behind the vision, Albert Jones, the latest development will see the ambitious plans step away from one edge and on to another – the £35m Edge project which will help regenerate the seaside town.

According to Jones, local operators welcome the development, which will overlook the sea from the resort’s ‘Golden Mile’, not least because of the significant increase in footfall which could lead to an extension in season opening times.

“We would look to open for longer, and build more indoor attractions, so we could operate all year round. It’s not just about us. It’ll bring people to everyone on the seafront,” commented Jones, managing director of Pleasure and Leisure Corporation. “The sort of numbers we’re hoping to attract mean that local operators could keep businesses open longer. We’ve spoken to several of them, they say that it should have happened at least ten years ago, they believe that going forward, Great Yarmouth is lacking facilities. They’re very supportive overall.”

As phase one the ‘iconic’ new complex will aim to install a Premier Inn and Beefeater restaurant, before moving on to phase two of bringing in over 18,000sq ft of well-known restaurants, a multiplex cinema, and an indoor play area. Following this, the final phase of its three step plan is to attract a major-brand casino operator.

“Unfortunately due to the economy changing, we struggled to get any tenants on board that were committed long-term going forward,” said Jones. “To be honest, the scheme’s been on the drawing board for so long, that we need to complete phase one, so that people are reassured that we’re serious. Everything will move forward from there.”

First mooted ten years ago, plans for the complex have been unremittingly stalled in the past. The original 2007 scheme called for a £35m leisure complex, provided for by a 180-room hotel, as well as an Aspers casino, for which Jones was able to obtain a licence.

“If you go back to when the original casino licence was granted, we had everything in place there,” said Jones. “Unfortunately the council didn’t want it, when we won the licence they decided they wanted to run, for lack of a better phrase, ‘a beauty contest’. That delayed it for two years. In that time we lost our tenants, they moved on.”

Since then the site has been ‘remarketed’ and is now looking set to move into phase one of progress. There have been talks with “several restaurant operators”, who are waiting on phase two of development, before making concrete commitments.

“With this type of offering, once you get an anchor tenant the rest tend to follow,” continued Jones. “We’re hoping with the Premier Inn and Beefeater, and securing a cinema operator in the not too distant future, that we’ll move forward.”

It’s estimated that around 300 full and part-time jobs will be created on completion.

“We employ mainly local people, and we would be able to give them a more permanent job rather than a seasonal contract,” commented Jones.