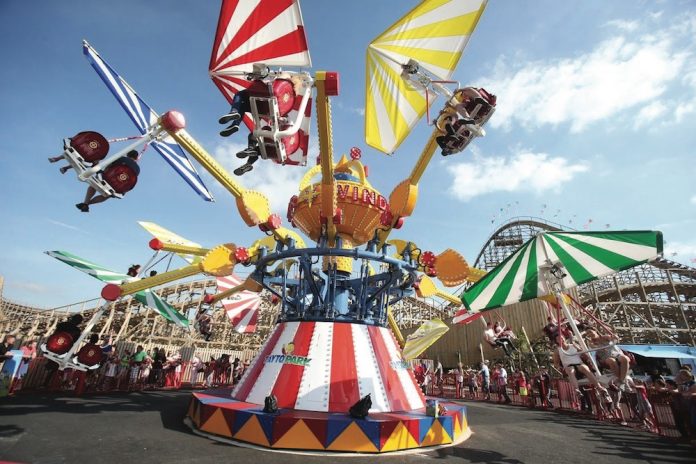 The amusements industry is broadening its remit with a full-on family resort proposition becoming the way forward for many. In Ireland the concept is being seized with vigour as Tayto Park lodges plans for a new hotel to entice the 800,000 expected to visit this year to stay that little bit longer.

Tayto Park has applied to Meath County Council for planning permission to build a 250-bedroom hotel on the grounds of the company’s facility in Ashbourne. Ray Coyle, the owner of Tayto Park, said the project would cost about £39m (E45m) and up to 65 percent of the funds would come from profits from the amusement park and his own resources. The balance of about £13m (E15m) will be funded with borrowings, likely from an Irish bank.

“We are targeting March 2021 for opening,” said Coyle. “It will be built in towers around 12 atriums. There is nothing like it in the world.”

The seven-storey hotel will be designed to accommodate families, with capacity for 1,000 people a night. It will be built from wood and have extensive leisure facilities, including a swimming pool, spa, and two sky bars to make it attractive to visitors all year round, Coyle says.

He has had pre-planning meetings with Meath county council and said he was optimistic of securing planning permission. “We have been working on this for a year already,” he said.

The hotel is likely to be built by a Swedish or Norwegian contractor with experience of large wooden buildings, according to Coyle. Allowing time for objections to the plans, work is expected to start in 2019 and will last for two years.

The company estimates that the development will provide 150 jobs during the construction phase and 272 full and part-time jobs when the build is completed. Tayto Park made £5m (E5.8m) pretax profit in 2015, according to the latest publicly available figures. Coyle said profits were down slightly last year because of poor weather during the summer, but “should do a lot better” this year.

Coyle, who sold his Largo Foods crisp business to the German group Intersnack, is targeting more than 800,000 visitors to Tayto Park this year, up from about 765,000 recorded last year.

A Viking-themed flume ride will open in the park in mid-June, while a falconry with 37 birds of prey will open at the end of the month.