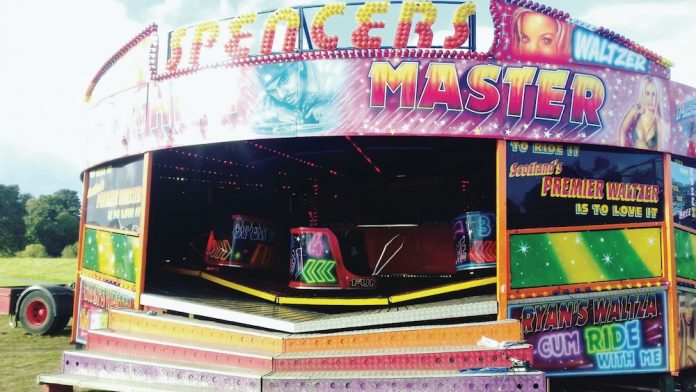 With objections made to its licence application to set-up at Miner’s Park in Motherwell, Spencer’s Funfair took to Facebook to answer questions from the local community.

Spencer’s Funfair has received support from the majority of the community surrounding Miner’s Park, Motherwell, ahead of an impending committee meeting brought on by objections to the company’s licence application for the site.

With backing from over 100 people from the community, Spencer’s have been quick to allay all the concerns raised by local residents about possible noise, parking, safety, and security issues.

The funfair’s Chloe Spencer tackled the issues head on, addressing the company’s solutions to each point in detail on the company’s official Facebook page.

“It has been brought to our attention that there have been objections made to our licence application for the above fair. This means the final decision on whether the licence will be granted will go in front of a committee in the coming few weeks,” she explained, before addressing the most frequently raised concern of noise pollution. “We would like to take this opportunity to reassure local residents that all noise levels will be kept to a minimum and will cease at 10pm nightly. Unlike the festivals down at Strathclyde Park we try to contain the noise within the rides themselves – we are not blasting speakers outward to an audience. We use the large vehicles strategically placed to block off excess noise.”

Spencer added that she would provide a direct contact number for any possible complaints, however one local resident considered a further problem – limited parking and damage to Miner’s Park – home of the mighty North Motherwell AFC.

“We have made room on site for a car parking area,” responded Spencer. “As you have rightly commented our location is very local, locals know the area and many people are already confirming they will be arriving on foot.”

Spencer added that she had spoken with management at the football club, who are “confident” that Spencer’s Funfair’s protective measures would safeguard the pitch.

“There will be no damage to any part of the park. We have plastic track-mats and have numerous procedures to ensure this,” Spencer stated. “We also have put forward a considerable bond on the ground which will be refunded when we leave and there is no damage.”

As well as assuring the football pitch’s safety, she then focused on another resident’s concerns regarding ride safety. “We see every functional part of our rides on a weekly basis, something theme parks can’t say,” she explained. “Our company has been established for over 70 years and the only recorded accidents are an epileptic fit, two children bumping heads together as they ran towards an inflatable, and one of our own staff jamming his hand on a night shutter. I’d say that speaks volumes.”

Indeed, Spencer emphasised that “it will be an event that provides something different whilst bringing people together”, as the company’s head of security, Scott Robertson, gave his reassurance that all the fun will be kept orderly.

“I can’t see a major issue for this event,” said Robertson. “The security at the travelling fairs have reputable relations with our police force across Scotland. These events are controlled by decibel counts to stop any noise pollution. The zero tolerance towards alcohol is one major deterrent for nuisance behaviour.”

While the majority of the 100+ comments from residents were extremely supportive of Spencer’s Funfair, its prospects for digging-in at Miner’s Park rely on the committee’s upcoming decision.