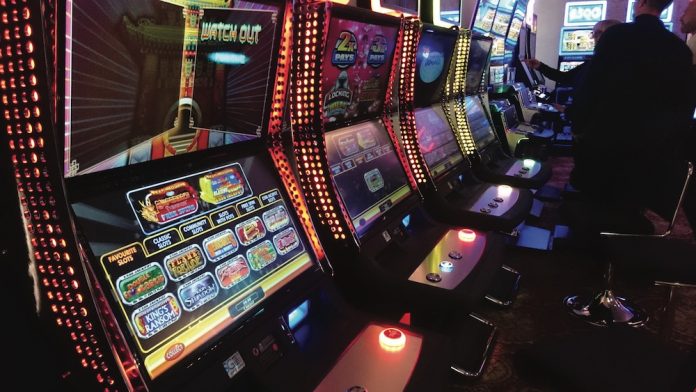 Industry statistics released by the Gambling Commission show renewed machine investment and increasing gross gambling yield for AGC, but a slight fall in performance for FEC and bingo sector.

This investment came with positive results for the AGC sector, albeit modest, as machine numbers rose (+1 percent) for the second period in a row and machine gross gambling yield (GGY) grew (+2 percent) for a fourth consecutive timeframe – amounting to £346.5m in total machine GGY.

But the positive picture wasn’t universally drawn across the amusements sector. FECs saw both measures fall over the same period, with machine numbers dropping (- 6 percent) for a fourth consecutive interval, and machine GGY falling (-5 percent) for the second period in a row – amounting to £65.9m in total machine GGY.

Measured for March 2016 – March 2017, the number of premises for both sectors fell by 5 percent from the same period a year previous, leaving 1,454 AGCs and 275 FECs throughout the UK.

But the manufacturing sector enjoyed a slightly better term. Breaking machine investment down by category, the largest growth from October 2015 – September 2016 over the period March 2015 – April 2016 came from Cat D Cash machines, with 1,363 being sold to operators – a 73 percent rise. Cat B3A came in second for sales growth, with a 29 percent rise from 263 to 340 machines, perhaps indicating a trend towards diversifying machines in the club sector, as investment in Cat B4 fell 9 percent.

Most importantly, however, is the investment increase of 9 percent in both AGC staples, Cat B3 and Cat C. Indeed, Cat B3 recorded the highest sales figures (2,684 machines) since records began in 2011, and Cat C reached a four year high of 15,790 machines sold. Although some of these new machines simply replace older ones, numbers of both categories rose in AGCs by 3 percent and 2 percent respectively. This is in line with AGC machine GGY for Cat B3 and Cat C, the former rising 4 percent to £180m, and the latter up 1 percent to £120m.

Statistics for machines in FECs, however, show a 2 percent drop in Cat C numbers, as well as a 3 percent fall in machine GGY for the category. Cat D numbers fell even more, by 8 percent, which was accompanied by a 5 percent drop in GGY.

Employee numbers in AGCs and FECs fell slightly, leaving the sectors employing 9,170 and 1,847 people respectively – a combined 11,017 across the UK.

As far as figures go, the latest GC stats indicate a healthier state of affairs compared to the darker ages of four years ago. However, work needs to be done for the FEC sector, and the industry cannot ignore the decline in AGC outlets as well. That said, there seems to be something in the tank for the overall amusements industry – it just needs that major impetus for growth and development.

One can only imagine what these statistics would have shown had the Triennial Review come into play at the time it should have done?