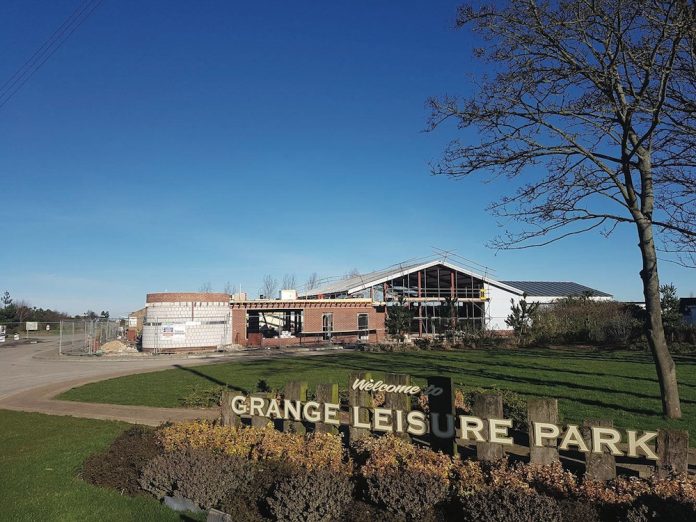 The Lincolnshire coastal town of Mablethorpe is continuing its regeneration plans with a new leisure complex and water park. And playing a central role will be a new amusement arcade which forms part of one of the most exciting leisure projects in the resort for years.

Mablethorpe is to open an amusements arcade as part of a new leisure complex and water park, it has been announced. Along with the arcade, the leisure complex will feature a site shop, show bar, reception, bar and restaurant.

The aqua park, which will include inflatable obstacles, will be built in a former carp lake on the Lincolnshire coast.

The developments, which form part of the Grange Leisure Park, could be open as early as the end of May tying together a regeneration plan quick in the making for Mablethorpe.

Starting in early 2016, the town was awarded £50,000 from the government’s coastal revival fund, which it spent on renovating its iconic beach huts. And from there, the plans have simply evolved.

“The idea is to bring Mablethorpe back,” said Ryan Metcalfe, marketing executive for Coastfields Leisure, the company running the park. “This will possibly be the biggest development and investment for the town. The industry is booming and the caravan industry is a huge industry in this area. More areas are being updated.

“The industry, as far as I’m aware, is doing better than ever. It’s exciting for us as a company seeing it expand. It will mean there is more for people to do when they come.

“It’s a good area to come on holiday. Locals and holidaymakers can enjoy food and drink on offer and enjoy family entertainment. We also have a nine-hole golf course and fishing lake.”

The park is one mile away from the sea and within walking distance. Metcalfe also said that the aqua park on the lake will have inflatables for people to play on.

“Our overall goal is to bring people to the seaside and enjoy British holidays,” he added. “It’s something different and exciting. The only waterpark I can think of is the one at Tattershall Lakes. It’s something completely new for us and the park has never seen this before.

“We will be a place to be and a place for people to go to.”

Metcalfe explained the park has three static and three touring areas on site. Plans for their first ever swimming pool are also in the pipeline but this is yet to be confirmed.