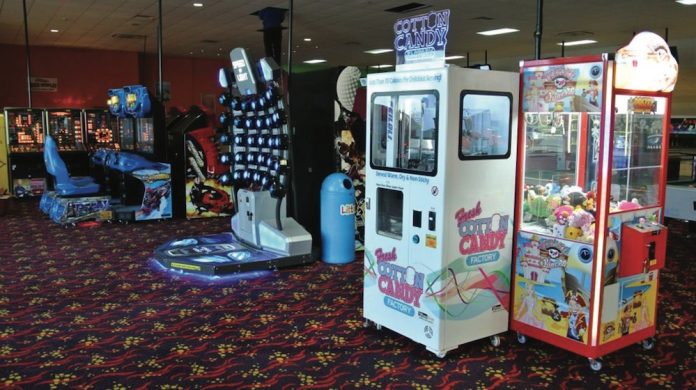 With a new site opening in Ipswich later this year, Superbowl UK director Paul Quaintance talks about the growing trend towards more active game play and the importance of taking advantage of “dwelling time.”

Superbowl UK is opening a new entertainment centre in Ipswich this September. Located at Buttermarket shopping centre, the 25,000-square foot unit is seeing more than £1.8m investment and will feature bowling, an arcade, Laser Quest, a children’s soft play area, and a dining and bar area.

“We’re looking at opening at the back end of September, and that will be about a month before the half term break, which is the start of the bowling season,” Superbowl UK director Paul Quaintance said.

Speaking about the gaming facilities at the complex, the director said: “We’re doing all the range, from redemption, play to win prizes, cranes, and video.” Indeed, Quaintance has witnessed the growing popularity of redemption machines at his other Superbowl UK sites, and he hopes to capitalise on this growth in the new Ipswich location.

“I think players want value for money and they want to get something back for their pound,” he commented. “So the redemption machines are massive right now. The sales on these machines are up about nine percent from last year at the moment.

“Previously we only had it on three sites, but now we’ve got a lot more redemption on all our sites now,” he added.

More specifically, Quaintance said that players are leaning towards more active games, hinting that they are not only seeking prizes, but also looking to have fun while they’re at it.

“We also tend to go down towards games that are a bit active for kids and adults, things like basketball and hockey. And a lot of redemption machines now like Let’s Bounce and the ping pong machines involve throwing balls, so we’ll have quite a lot of that,” he said. “We tend to only have a few video games on each site, as people want to play something in which they can win prizes,” he added. Speaking about the location, Quaintance pointed towards the trend of more entertainment centres returning to the town centre and taking advantage of nearby people’s “dwelling time.”

“It’s all about the town centre location at the moment. A lot of bowling centres or leisure centres were out of town centre previously, but now they’re coming back in.

“The site is next to a cinema, so hopefully we’ll get a bit out of their customers’ ‘dwelling time’, meaning when people have arrived a bit early for the movie and come in to see our arcade while they wait.”

“We tend to put the arcade at the forefront to create a ‘customer journey’ through the premises. So when people come in, they have to walk through the arcade to whatever part they need to go through.

“Similarly, when they then leave through the arcade, it’s to try to tempt them in that last moment before they leave the premises,” he added.