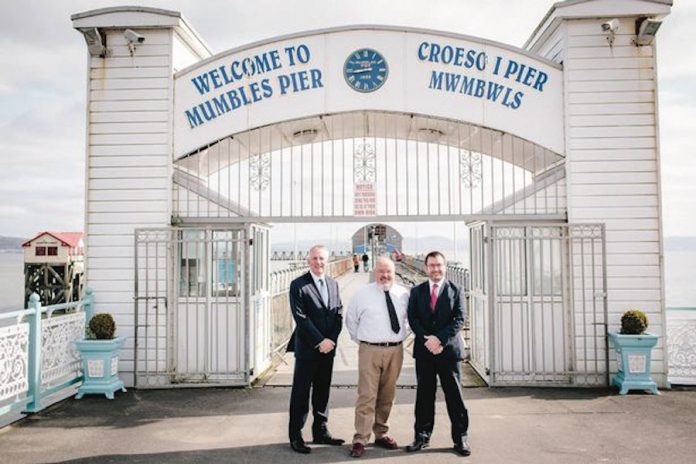 John Bollom, chairman of Swansea’s family-owned Mumbles Pier, is backing his city’s bid to be crowned the UK City of Culture 2021.

According to the competition’s rules, the Welsh coastal city must prove its bid is centred around heritage, and that it will build on existing investment it receives from the lottery fund. Bollom hopes that a successful bid will provide a significant boost to the Swansea’s regeneration.

“Mumbles is often described as the jewel in Swansea’s crown,” the pier’s chairman said. “While this is undeniably true, the reality is that the coastal sweep that encompasses the city is made up of a series of impressive locations.”

The winning city will host a 12-month festival of world class arts and cultural activity, and hope to create lasting benefits for residents, the economy and visitors to the city.

Swansea previously reached the shortlist for the 2017 title. Bollom continued: “Having previously bid to be City of Culture, Swansea not only rediscovered relationships between the creative arts and the wider interests, it looked at its heritage in a new innovative light.

“Among the opportunities is a a new life for the Victorian pier sited at the southernmost tip of the bay and which can be seen from pretty much every vantage point.

“An iconic feature, Mumbles Pier was built in 1898 and has seen several incarnations – including a terminus for the Mumbles Train, claimed by some to be the world’s first passenger railway.

“Although the railway is long gone, the famous jetty remains and we are currently embarking on multi-million pound regeneration and restoration project.

“Backing from a successful City of Culture bid would help complete this transformation and bring new visitors who can experience the diverse and beautiful nature of Dylan Thomas’ ‘ugly, lovely town’ and see how derelict dockland across the bay has been transformed into vibrant new communities,” he added.