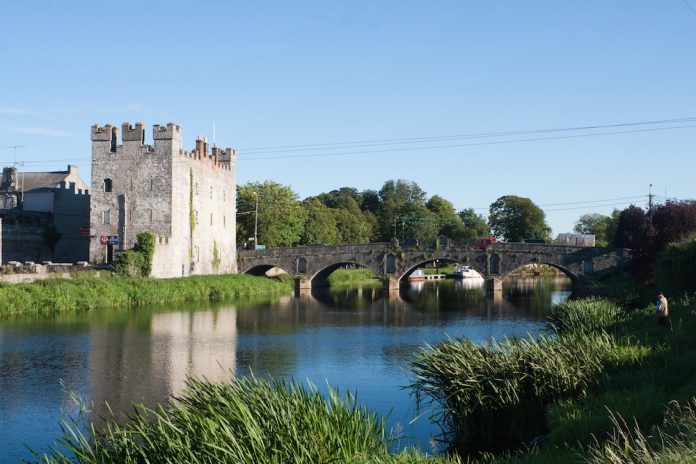 A tribute to Jim Casey, who died in hospital on 8 May at the age of 80.

Long-time industry personality Jim Casey has died in hospital near his home in Ireland at the age of 80 having suffered a stroke.

Born in a small village in Ireland in 1937, he moved to England in 1948 and went to school in Croydon. The family later moved to Hertfordshire, and, having finished school he took up an engineering apprenticeship. National service followed, but Jim decided to extend his time in the Army to 3 years in the Royal East Kent Regiment (the Buffs). Serving in Germany, he was a member of the Army shooting team (an interest sparked during his time as an Army Cadet in Watford) and was in fact a very fine shot being presented with a medal by HRH the Duke of Edinburgh around this time.

On leaving the Army, Jim was in a café and overheard an engineer struggling to repair a German Jukebox and, armed with a smattering of German and first class engineering skills, a lifetime in the industry began.

His first employer went bust but Jim decided to go it alone and, starting with one machine, built a successful operation expanding from London into the Home Counties. During this time he married and had two children. He later divorced, winning custody of his children, and subsequently, got together with Ann who was working in the business and the two, plus the children, became a new family unit.

In 1972 he moved the family and the business to Northampton adding equipment supply to amusement arcades to the company’s activities. Frustrated by the unreliability of the available equipment he moved into machine design and manufacture starting with a 6-player horse racing game. During this period he and Ann were run ragged managing the single site operation, designing and building machines; all whilst also looking after a young family. Soon he began to employ field engineers freeing up more of his time to focus on the development and engineering side of the business.

Having purchased his own arcade in Cleethorpes, Jim’s frustration with what he saw as inadequate equipment further intensified and so was born Gayton Games – the vehicle through which Jim delivered so many unique and innovative machines in the years that followed. The first 10p bonus drop on a Pusher, a variety of single and multi-player derivatives, Poker machines for Ireland that were also exported all over the world, his video poker cabinet was widely copied globally.

Jim got into the Video boom early but, typically, he was adding value with clever alterations and additions and delivering new and innovative games himself. His biggest success however, was probably the Lucky Eggs, the plastic egg vending machines that became bigger than even Jim could have expected. The cabinet refined and developed through several incarnations and demand was such that Jim had the company making the eggs running 24/7 at one point. Pressure on this operation was so great that on one occasion a pipe carrying plastic egg shells came apart showering eggs across the factory floor and bringing production of their other products to a standstill.

By the end of the 70’s, the shed with Jim and Ann beavering away had grown into a factory employing over 40 people. Annual open days became legendary events, as would later be the case with Jim’s hospitality after the Irish Gaming Shows, following Jim’s move back to Ireland in the early 80’s.

Following the move back to Ireland, Jim continued to operate arcades whilst designing and manufacturing equipment, always attending exhibitions and selling on his latest equipment – and generally enjoying himself, meeting up with old friends and making new ones. He travelled the world and was known to many people around the world not only as a person from the industry but as a close friend.

Jim produced a prototype for what was probably the first electronic roulette terminal which he showed in London. The necessary funding to develop the product was not available but of course, before too long, large gaming companies had brought product to what is now a massive market.

Despite serious health problems over the last 8 years Jim continued to do what he did best – innovate and create. He was tireless and fearless in his pursuit of the next great product and of engineering excellence.

Jim bounced back from an aneurism, from which doctors gave him only a 50/50 chance of survival, and that left him having to learn to walk and talk again when he was 72. He suffered a DVT (Deep Vein Thrombosis) 3 years ago and survived cancer surgery only last year. Any of these problems alone would have been sufficient to persuade most men to call it a day and drift quietly into retirement…..but not Jim! He continued inventing, most recently highly innovative vertical casino games and yet further refinements for the old arcade favourite pusher games. Only days before his final, fatal stroke, he was collecting and refining his latest cabinet design prototype.

Jim Casey was a true one-off: a talented engineer, gifted designer and innovator with an unquenchable thirst for life but, perhaps most importantly of all, he loved people and people loved him in equal measure.

Ann and the family have been overwhelmed, and are so thankful for, the messages of condolence and support that have flooded in from his network of friends worldwide.

There will be a memorial service near his home in Athy (south of Dublin) in June details of which will be published in due course.