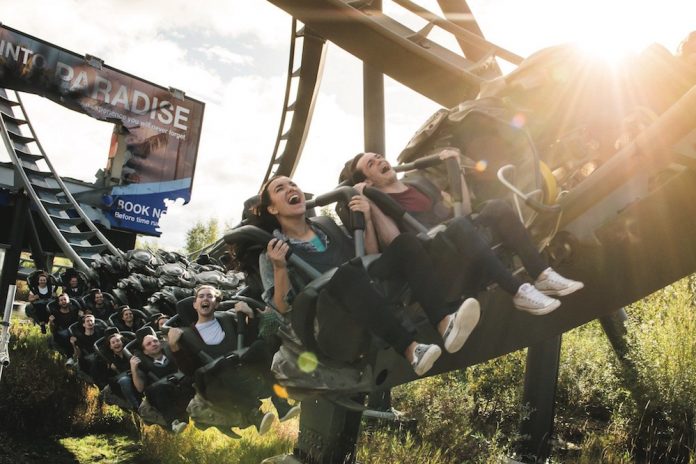 Merlin Entertainments has revealed that a programme of sustainability measures has saved it almost a million pounds in costs over the past two years.

The international amusement park operator said that more than £460,000 had been saved through the deployment of local sustainability champions and facilities managers across its attractions, including those in the UK. Dare Ilori, Merlin’s group head of sustainability, told sustainability news website edie.net that most the champions were staff with other responsibilities who the company has trained to promote best practice at their sites.

This is on top of another £400,000 that Merlin has saved through centrally coordinated energy efficiency and renewable energy projects that delivered a five per cent reduction in carbon emissions.

At Alton Towers, the firm agreed a power purchase agreement for an on-site combined heat and power plant that produces 854kWe of renewable energy – enough to provide 30 per cent of the amusement park’s electricity and 41 per cent of its heat requirements.

Merlin is in the process of switching to LED lights at parts of Thorpe Park where the technology is financially viable – a strategy that has already saved £50,000 in energy costs at Madame Tussauds London over the past two years.

The Surrey-based amusement park also recently underwent a sub-metering programme, which Ilori said had “been instrumental in localised management of energy use”.

He admitted that having amusement parks that shut over the winter had made it harder to achieve a quick return on investment for some on-site sustainability projects.

Ilori also said it had been hard to engage visitors to its UK-based amusement parks with the message of sustainability.

He explained: “Merlin has the Sea Life brand, which engages consumers very well on things like marine conservation and ocean plastics, because it’s a natural extension of the brand’s purpose.

“But if you take a brand like Thorpe Park, then it can be more difficult to balance the sustainability messaging with the satisfaction of the guests.

“We have to speak to our consumers more, educating them on sustainability and also finding out exactly what they expect from us.”