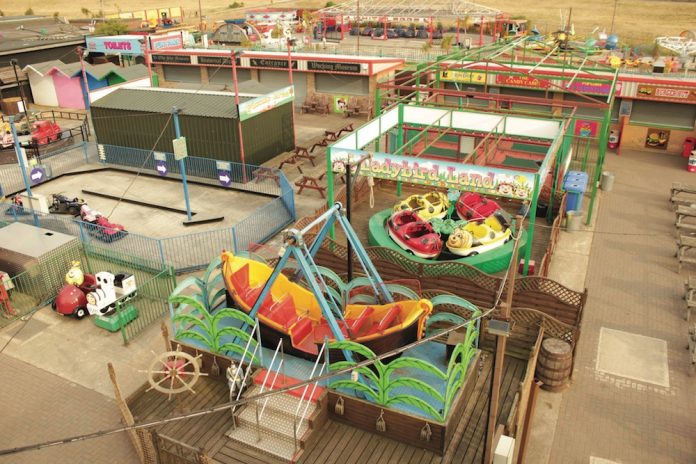 With policing levels emerging as a topic of contention in next month’s general election, Canvey seaside operator Scott Petty has revealed his own less than satisfactory experience with local law enforcement.

The owner of a Canvey Island amusement park has criticised Essex police after it endured the latest in a series of break-ins.

Scott Petty, who operates Leisure Island Fun Park on the resort’s seafront, said the force had failed to ramp up its presence around the site despite it coming under regular attack from petty criminals.

He also accused it of failing to respond after the Canvey amusement park suffered its second consecutive incident over the May Day Bank Holiday weekend.

Petty told local press: “Our gate normally gets kicked in every four weeks, they normally just climb over stuff.

“I have been here 12 years and I have never seen a police man walking up and down. We get forgotten about down here.”

The first incident occurred overnight on Sunday 30 April, when vandals broke in and caused £1,000 worth of damage to Leisure Island’s rides.

When staff returned to work the following morning to find holes had been ripped in its trampolines and the new Star Wars ride damaged.

Although the park has CCTV cameras covering the site, they didn’t capture any footage of the perpetrators or the vandalism being committed.

Petty explained: “We have had two of our trampolines vandalised. Somebody has come in, and we don’t know how, and they have ripped the beds. There are holes in them and we have got to change them.

“The new Star Wars ride has also suffered a bit of damage – we think that they have jumped all over it and damaged two of the cars. “It could have been worse but that isn’t the point.”

He said his amusement park suffers from break-ins at least once a month, and revealed he has asked for the police to help it deter vandals and thieves.

Petty is also currently in talks with his local council about the introduction of extra crime prevention measures on the seafront, such as a security guard kiosk.

The second incident happened on May Day itself, when Petty and his team had to eject a small group of youths from Leisure Island who were causing trouble on the park.

The youths then went straight to the Fantasy Island amusement park next door and continued to make trouble, and after they were again ejected by Petty and his team, Petty said they then attempted to break into the nearby Labworth restaurant.

It was at this point that he called the police and sent a member of his staff to the Labworth to monitor the situation as it developed. However, after two hours of waiting he said that no officers had arrived at the site.