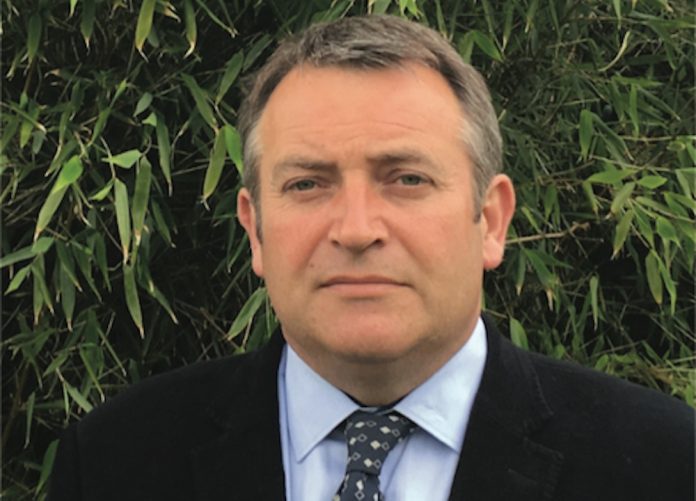 Jason Frost reflects on how Bacta members can make a political difference as his presidency comes to a close.

Jason Frost believes that Bacta and its membership is well equipped to face the challenges that lie ahead as well as take full advantage of the opportunities to engage with a leisure hungry population.

Reflecting on his two year stint as Bacta National President, Frost told Coinslot: “One of the most significant advances that Bacta has made in recent years is in the field of Public Affairs where we have most definitely succeeded in raising our game,” he stated. “The appointment of Interel as our Public Affairs consultancy has meant that we have taken our political engagement to the next level.

“It was at the very top of my priorities when I was elected National President as I have always believed that being part of a campaigning organisation that can deliver on the political front is an important reason for joining the association and more than justifies the subscription.”

Continuing the political theme, the outgoing National President is not overly pessimistic about the impact the surprise General Election called by Theresa May will have on the triennial timetable, describing it as a bump in the road rather than a diversion.

“I was encouraged by her response to the question from Labour’s Stephen Timms in the last PMQs before the election. Whilst a delay is inevitable, reading between the lines I get the impression that the B2 debate is an issue which is close to the heart of the PM and that she is minded to deal with it. However, the political process continues and it’s more important than ever that Bacta members continue to engage with their prospective parliamentary candidates.”

Rather than seeing the general election as a problem, he believes it represents an opportunity to communicate directly with the politicians that will form the next government and who are vying for votes.

He explained: “Letters which are sent now, will be read by the prospective parliamentary candidates and in that sense we have a window of opportunity to demonstrate quite how vital the triennial review is in our battle to sustain socially responsible, leisure businesses which are rooted in the communities they serve, the length and breadth of the country.

“Every sector of the economy has had to deal with an increase in its cost base whether it’s utility bills, the National Wage, pension contributions etc. However, we are one of the few, if not the only, part of the economy that cannot share costs or pass part of them on to our customers. It is a significant difference and one that puts bacta members at a huge disadvantage. Bacta’s triennial submission comprises well argued, sensible requests, backed by empirical evidence and it is crucial that we get those arguments across to our elected representatives.”

Asked to reflect on the highlights of his period at the Bacta helm, Jason Frost, said: “The membership, quite rightly, expect to be represented by an association which is capable of mounting strong campaigns, that is politically engaged and whose subscriptions represent good value and I believe Bacta ticks all of those boxes.

“As we discussed, our level of political engagement is better than it has ever been. In terms of specifics, we have delivered an exceptional self-exclusion programme at an exceptionally competitive price, the relocation of our headquarters to Ely Place has been well received, the range of services we provide Bacta members is extensive and, as a team, we have worked tirelessly to produce a well argued and clear triennial submission backed by evidence. The litmus test will always be membership levels, and I’m delighted that we are at a ten year high. A high membership means that our arguments have greater credibility with government and regulators.

“Bacta is all about the membership and whilst there will always be more to do, what has been achieved is the result of a huge combined effort from the members and the team at Ely Place.

“Finally, I would like to express my thanks to every member who has attended a meeting, written a letter or sent an email to his or her MP. Bacta matters because the industry matters and it has been my privilege to serve as National President. My successor, Gabi Stergides, has hit the ground running, and I know the membership will extend Gabi the same fantastic level of support that I received two years ago and continue to receive. Following the triennial it will be the task of Gabi and the team at Bacta to raise the profile of the industry and communicate the many social and economic benefits it brings to the country at large.”