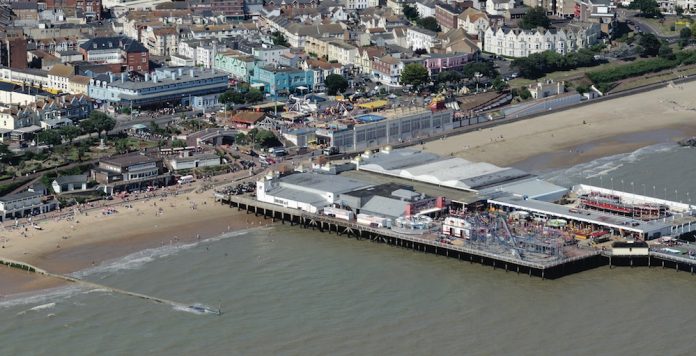 Tourism businesses on the east coast are feeling largely positive about the season ahead. But with the spectre of Brexit looming on the horizon, they are worried about the years beyond it.

A survey of tourism and leisure businesses in Norfolk, Suffolk and Essex has revealed that a healthy majority expect to see further growth over the next two years.

Firms in the three counties – which include traditional seaside amusement resorts from Hunstanton and Great Yarmouth to Lowestoft, Clacton and Southend – said they expected to see a rise in both turnover and the number of people taking a staycation. But they also warned that the loss of high and low-skilled EU workers post-Brexit, combined with a lack of skilled labour in the UK to replace them, could undermine an industry currently worth around £10bn to the region.

Chris Scargill, tourism partner at accountant Larking Gowen, which carried out the survey, said it had highlighted concerns about the sector’s longterm profitability. He commented: “There is positivity and we continue to see turnover growing in more businesses, but what is interesting is that optimism seems to be tailing off. It is difficult to know whether that is long-term.”

The research found that 68 per cent of east coast businesses had seen their turnover grow in 2016, with 66 per cent predicting further growth this year.

Adding to their positive outlook, 73 per cent of firms thought Brexit would increase the number of UK residents holidaying at home in 2017/18 – with 65 per cent expecting this trend to continue past 2018 – and 49 per cent thought it would boost the number of overseas visitors to the region.

However, one in ten businesses admitted they were worried about a possible drop in their overseas workforce due to Brexit, while the same fraction said that a lack of skilled UK workers would leave them unable to fill the vacancies.

The biggest fears firms expressed about Britain’s exit from the EU were an increase in costs such as heating fuel and petrol (28 per cent), an increase in the costs of buying goods from abroad (27 per cent) and a loss of consumer confidence (18 per cent).

Speaking at the unveiling of the survey’s results last week, Scargill explained the validity of these concerns: “The hospitality sector has a high ratio of non-UK employees. Many of them are career professionals who treat hospitality as a progressive career, which in the UK we don’t.

“Tourism is continuing to grow, and that growth needs to be staffed. It would be a shame if the lack of staff curtailed those opportunities.

“With the seasonality there are opportunities, but we are seeing a widening of the normal holiday period. People are coming all year round so we need staff all year round.”