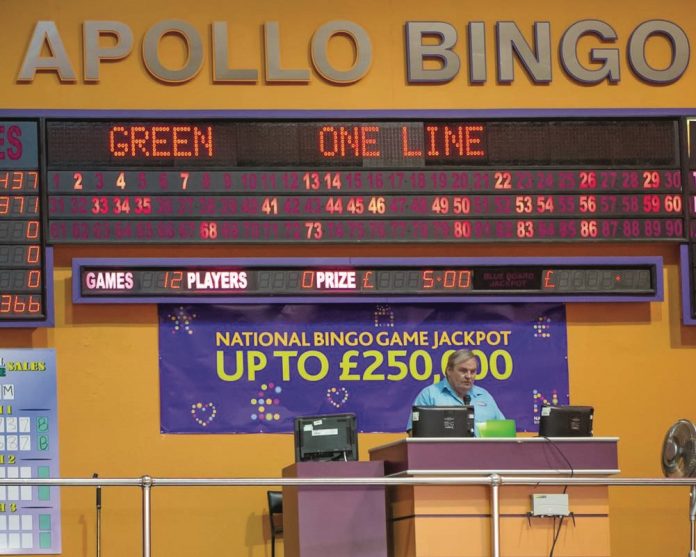 With this July marking 10 years since the country went smoke-free, Dave Marsden of Apollo Bingo in Barrow speaks about how the ban changed bingo, and how the last few years have seen a renewed popularity for the game.

In 2007, as the wider industry prepared to be hit by the introduction of the smoking ban, some bingo operators thought it could spell the end for their business.

A decade on, with a boost from rising machine revenue, the number of licensed bingo halls stands at approximately 90 percent, a testament to the sector’s resilience through adaptation and innovation.

While a larger share of these licences now belong to smaller establishments like working mens clubs and holiday parks, many fully-fledged venues stills survive, and indeed, thrive.

One such hall is Apollo Bingo in Barrow, operated by Majestic Bingo since 2014, and still attracting more that 2000 people a week.

General manager Dave Marsden, a 20 year veteran of the industry, recalled the time when bingo’s future looked in question. “The members were saying ‘there’s no way we’re coming if we’ve got to wait two or three hours to go out and smoke,” he told North- West Evening Mail. “Back in 2007, I’d say 90 per cent of the members where I worked smoked, and I imagine it was similar across the country.”

The ban, compounded by the increasing prevalence of online gaming, posed a difficult challenge for operators, with nearby venue Salthouse Pavilion shutting its doors in 2012.

“There were robust defences put in place across bingo halls,” continued Marsden, explaining how operators braced before the ban’s introduction. “The way the game was played was changed to allow people to go out and have those breaks. Tabletop games were added and pushed as a way of producing more profits.”

“We’ve lost a third of admissions, there’s no two ways about it,” confirmed Marsden. As a sector, the lowest number of licences came in 2010, dropping 23 percent following the previous year’s Budget that increased bingo duty from 15 percent to 22 percent. This fell to 20 percent the same year, however, the real boost came in the 2014 Budget, which cut the tax to 10 percent. In the same year, Majestic Bingo acquired the Apollo club in Barrow, and since then there has also been a turnaround in the number of visitors. Marsden believes that people are coming back to the game to be part of a social community and experience an alternative night-out.

“I think people spend that much time on their phones and devices these days that they’re looking for a bit of a break, a different way of socialising,” he said.

“Social media is about what you’ve been doing and telling others, and I think bingo has that fun factor for people. We’ve seen it with people taking pictures of themselves and posting them. When people win they want to announce it.”

Events such as Ladies Night, held at Apollo earlier this year, proved extremely successful, and a ‘car giveaway night’ is due to take follow soon. With promotions such as these, Marsden appears to have caught the attention of Barrow’s millennials.

“For young lads and lasses there’s real appeal in starting the night here, because maybe you might then win money to pay for the rest of it,” he commented.

“It’s a game of chance, and you’ve got 80 chances to win every night.” With so many different potential audiences, Apollo has updated some of its less sensitive call signs, as well as remaining at the forefront of the industry in social responsibility.

“There’s no two fat ladies or anything like that any more in case it offends anyone. Some people do miss it,” continued Marsden, explaining why bingo is considered a social, community-based game.

“We try and spot people at risk and share information with Gam Care, and we’re signed up to the national self-exclusion policy.”

This same sentiment was shared by Kirstie Gee, head of marketing at Apollo’s operator Majestic Bingo.

“There are people who come here and it might be the only place they go throughout the whole week because they feel safe and can socialise,” she concluded, neatly summarising both retail bingo’s importance to society, and its continued popularity, even in this smoke-free digital era.