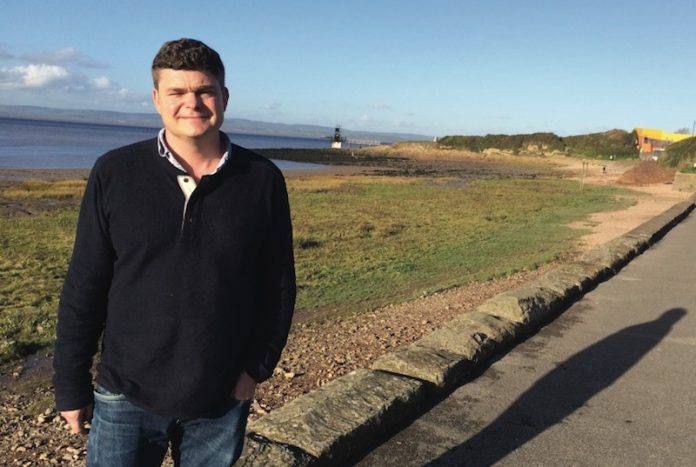 Bacta Division 3 chairman and Liberal Democrat candidate Marcus Kravis, who also operates The Arkade in Minehead, speaks to Coinslot about the marriage between politics and small business as he stands to be both county councillor for Minehead and MP for Bridgewater and West Somerset.

Chosen to be the candidate in case of a snap general election late last year, Marcus Kravis, operator of The Arkade in Minehead, will stand to be MP for Bridgewater and West Somerset on 8 June. Kravis will also run to be county councillor for Minehead on 4 May, a position he first stood for 20 years ago before family and business took priority over his political ventures.

“Last August I was selected to be the candidate for a snap election, but it got to the end of March, and we thought ‘there’s never going to be a snap election’,” Kravis explained. “So I took the opportunity to run as county councillor in Minehead, as Minehead has just been systematically neglected over the years by all levels of our local government.”

Assuming it was too risky for Theresa May to call for the election, Kravis was shocked to find he would have to run two campaigns in the upcoming seven weeks, however by 5 o’clock the same day, he was raring to get back into the race.

“Last time I stood for parliament, people liked that I had a business,” Kravis said, referring to his 2015 campaign for North Somerset. “It was quite interesting nobody was concerned about what business, I would say ‘a seaside amusement arcade’ and they would say ‘that’s interesting!’”

Being a small business owner, Kravis feels he has been able to bring something extra to the table, especially on issues closer to home.

“When it comes to local politics, talking about local regeneration and tourism, that’s the industry I live in,” he said. “I suppose it brings a small business perspective into the political discussion, and because of that I tend to know what I’m talking about on a local level.”

Despite this, Kravis admits that politicians on occasion can create more issues than they solve. “Sometimes politics gets in the way of progress, and it’s not meant to,” Kravis continued, “which is one of the reasons why people stand, and one of the reasons why people are so frustrated. On my facebook page it says ‘politician’ with a blue tick next to it, and it’s almost embarrassing. I don’t feel like a politician at all, I feel like someone who has been fighting a cause in West Somerset for 23 years.”

Kravis feels that while most local MPs, as individuals, will understand an issue brought to them, it can tend to get lost when it comes to politicians as a group.

He acknowledged ‘small businesses have a big issue’ in the UK, especially in the amusements industry where there are more specific issues such as FOBTs.

Identifying a coin-opportunity in the run up to the general election, Kravis had some advice for operators looking to get the ear of their local politician.

Indeed, Kravis stressed the importance of engaging local politicians and getting involved, not necessarily in terms of donating, but for operators, simply explaining the factors affecting their business.

“Now’s the time to approach your MP or candidates, once they get into Westminster they become very busy people, and that’s one of the issues,” he concluded. “Are MPs approachable? Some are, some aren’t. It depends how busy they are and also depends what sort of relationship they have with you.”