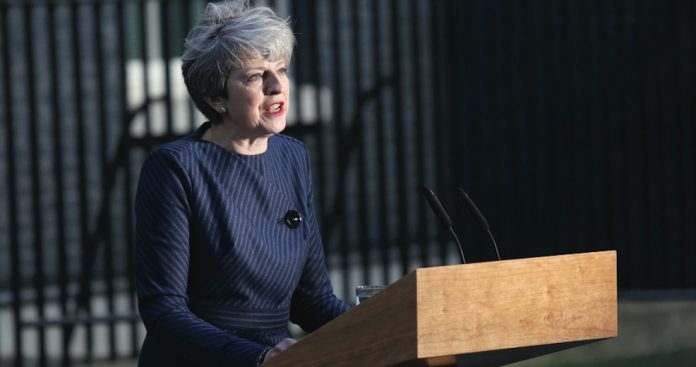 With prime minister Theresa May announcing a general election only six weeks away, industry stakeholders suggest the elusive Triennial Review will “almost certainly” be slipping down the agenda.

Industry trade associations have responded positively to the government’s call for a general election on 8 June. A decision on the Triennial Review however, widely thought to have been imminent, could now be severely delayed.

“Today’s announcement of a June general election almost certainly changes the timings for the government’s Triennial Review on gaming machine stakes and prizes,” said John White, chief exec of Bacta. “While the review may be delayed, the need for political action on the issue of FOBTs remains urgent.”

Bacta would be campaigning for all parties to recognise the need for substantial stake reduction on FOBTs to “protect consumers and create a socially responsible environment for gambling in the UK,” said White. “The election is an important opportunity for political parties to show that they will be prioritising the safety of consumers over the balance sheets of a few multinational bookmaking companies.”

Miles Baron of the Bingo Association was confident that the parliamentary support his sector enjoys would not be challenged by an shake up in Westminster, but agreed that the Triennial Review could now be delayed.

“There are pro-gambling politicians and gambling cautious politicians, but generally speaking bingo enjoys a phenomenal level of support across the house,” he assured. “As long as we can retain that, that’s all that matters to us.”

Regarding the Triennial Review, Baron had been “pretty confident” of a decision by early May, “but we’ve now got local elections and electioneering for the general election – it may put the triennial on the back burner.”

“Presumably much of the DCMS will be out in their constituencies supporting the government,” he added. “It wouldn’t surprise me if normal day-to-day legislation got held up. We want continuity above all things.”

Paul Kelly, chief executive of BALPPA ,said the election had “clearly taken everybody by surprise” although the result itself was “in no doubt.”

“It looks clear that the conservatives will again be re-elected, this time with an increased parliamentary majority, and that many of the ministers that we deal with presently will be in position after the election,” he said. “Brexit will no doubt dominate the campaign and BALPPA will be continuing to highlight the key issues of concern for its members, including a sensible future policy on managed migration and ensuring that tourism continues to be valued and promoted as an industry in the post-Brexit environment.”

Other sources suggest that the DCMS stance on stakes and prizes is unlikely to change. If certain culture ministers were to find themselves promoted however – namely secretary of state Karen Bradley or under-secretary Tracey Crouch – the emphasis on FOBT stake reduction could yet be watered down.