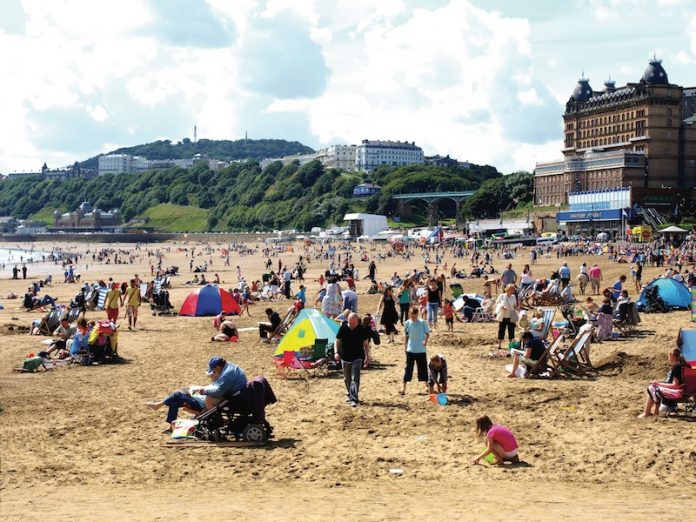 With staycation bookings on the rise it looks to be a good year for holiday parks and coastal arcades. So the question is, could this trend become the new norm postbrexit?

More and more Brits are choosing to holiday at home as staycation searches and bookings for the UK increased by almost a quarter compared to 2016, according to data analysis.

Travel group Sojern found that searches and pre-bookings for summer holidays between June to August this year saw a 23.8 percent rise among British holidaymakers planning stays here in the UK.

The findings are backed up by holidayhome company Staycation Holidays, whose CEO Charles Millward told The Independent that bookings for the summer period are three times the amount of this time last year.

“Bookings from Europe and beyond have been enhanced by a drop in the value of the pound,” he commented, “whilst conversely residents of the UK will find it more expensive to go overseas and therefore will give greater consideration to a homegrown holiday.”

This trend towards staycations, which has been gathering momentum post recession, should provide a further seasonal boost to the UK’s seaside resorts, offering the opportunity for coastal operators to draw more customers into their arcades and FECs. There will, however, be less time to charm visitors, as UK trips are also getting shorter, with the data indicating that over half of staycationers are planning a break of three days or less – up 8.8 per cent from last year.

While the 2017 staycation boom may be built, at least for the short term, on currency factors, there are indications that this may extend further due to political reasons.

The international holiday sector will be looking closely at data on the future of holidays abroad, with nearly 80 percent of UK residents worried about European travel now that Brexit has begun, according to figures revealed by Cheapflights. This could spell a more long term effect on British holiday habits, coming at a time when Ryanair threaten to halt EU flights altogether from March 2019, as the budget airline company asks for more certainty over the aviation sector’s future.

Neil Sorahan, CFO at Ryanair, told a press conference that “Brits may want to consider staycations instead of going abroad,” adding that it is “impossible to say” what the final outcome will be because Theresa May and Angela Merkel “aren’t going into detail” about what may happen in sectors at the moment. Domestic aviation, however, will remain unaffected, and may even flourish without the constraints of EU policies. Indeed, travel association ABTA released a report this week titled ‘Making a success of Brexit for travel and tourism’, which outlined an increase in incentives for domestic travel post-Brexit.

“EU rules mean that domestic flights currently attract double APD, as the tax must be levied on every applicable UK flight departure,” the report stated.

“Leaving the EU enables the abolition of this doubletaxation, which currently acts as a disincentive to increasing domestic connectivity as it represents a significant proportion of the ticket price.”

While the majority of staycationers utilise road and rail, seaside destinations such as Newquay benefit from almost forty thousand flight arrivals each month throughout summer.

Without EU limitations, and so at a cheaper cost it will be interesting to see if these numbers increase, and if demand drives the need for new airports and routes along Britain’s coastline.

Whilst adjustments to the infrastructure are long term requirements, the face of the British holidaymaker could well turn from suntan bronze to Brexit red.

The immediate task facing the UK amusement industry, though, is how to draw several million staycationers into making British amusements great again.