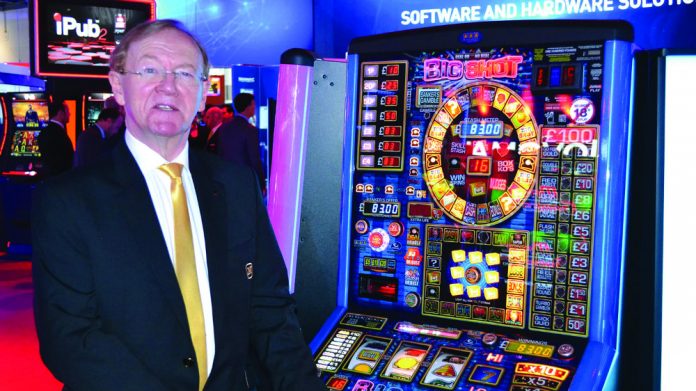 The B4 sector has been under pressure from its higher-jackpot brother in recent years, but BFG’s John McLoughlin believes there is still plenty of life for two of the genre’s most iconic titles.

Bell-Fruit Games has reinforced its commitment to developing B4 titles whilst acknowledging the reality of a sector that continues to shrink in machine numbers.

The success of higher-jackpot B3 machines has been a significant factor in this contraction, however John McLoughlin, sales and marketing director at BFG, maintained that the company will continue to roll out its well-established array of titles.

“The B4 market is gradually reducing in size and over recent times there has been increased competition from B3 machines for players’ leisure spend,” he explained. “However, from our perspective the market remains viable and we will continue to develop games for as long as this continues to be the case.”

Indeed, while bingo halls and AGCs have reduced their numbers, overall sales of B4 machines have remained relatively stable over the last five years due to demand from the club sector.

McLoughlin outlined how BFG liases with operators to develop its games to satisfy the differing demands of club players.

“At Bell-Fruit Games we regularly meet up with operators who specialise in the B4 area and their specialist knowledge helps to keep us on top of this market,” he commented. “Club players demand a game that is good value for money and one that offers a reasonable variety of stakes and prizes. We have to ensure that there is an option at both ends of the spectrum; satisfying players who play at lower stake levels as well as the core players.”

One theme that has certainly captured the attention of club players over the last decade is the company’s Deal or no Deal licence.

“The Deal or No Deal licence has proven to be extremely popular in both the Cat C and the B4 sectors and we have developed several different B4 machines using this licence over the years,” explained Mcloughlin. “The game we brought to market towards the end of 2016 was Maximum Deal or no Deal, which was a great success and we shall certainly continue to use this licence on future games.”

However, despite Noel Edmonds’ indubitable allure, the DOND line of B4 titles has not managed to replace an even older BFG favourite, Cops’n’Robbers.

“This is a brand that has stood the test of time over very many years and which clearly has a place in players’ affections,” said McLoughlin. “As for the reason behind its longevity, the cops and robbers chase theme is obviously well known to the player and the game itself incorporates plenty of humour. That’s an appealing combination for players and on that basis I am sure that cops and robbers has many years still to run.”