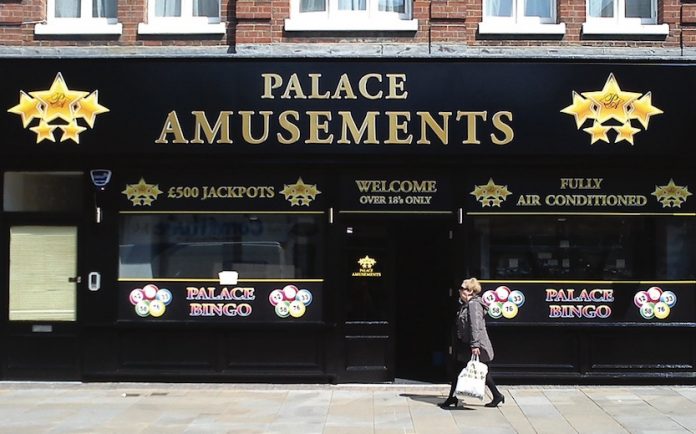 As manufacturers introduce a host of innovative games and B3 cabinets to the market, Jeremy Godden, managing director of Godden Gaming, is on the lookout for fresh ideas to attract new players.

With an aim to increase his 15 strong chain of AGC’s in the south-east to 50 by 2020, Jeremy Godden is scouting the market for B3 cabinets that will bring new clientele through Palace Amusements doors.

The segment’s performance over the last year has pleased the managing director of Godden Gaming, but he also believes there is more potential as game developers become increasingly creative.

“They are performing well,” explained Godden, “but we’re always looking to the manufacturers to come up with something different, something new to attract new players, not just to retain our existing customer base.”

Indeed, Godden believes that games with fresh angles are a key driver in securing new business, the importance of which cannot be understated.

“As people always say, such a small proportion of society come into an amusement arcade,” he continued, “so if we could get one percent more of the population that would change our entire business.”

Along with this ambition for more creative B3 cabinetss, Godden acknowledges that manufacturers are limited by ‘over onerous’ technical standards.

“I think the manufacturers do very well with the restrictions that they have, and hopefully their dialogue with the Gambling Commission and backwards dialogue will make new developments easier to test and in turn easier to develop in the future,” he explained.

“At the moment I think there are over onerous rules on them, which in turn impact performance.” Godden’s desire for something different goes beyond B3 machines, with the 26 year-old and his 23 year-old brother/codirector aiming to bring a fresh viewpoint to the family business.

“We’ve got a different perspective, we’re more digital age and so have a different vision for the arcade,” he said. “That’s not saying anyone previously has done anything wrong, but we’ve grown up in a different era, so we do some things differently. This might be in terms of visuals, in terms of decor; it’s that whole atmosphere that brings in customers. We’re trying to put our mark on the high street AGC”

Part of this atmosphere comes from strong promotions and branding, which Godden believes are a particular strength of Palace Amusements.

“Our promotions are very much at the forefront of the industry,” he stated. “We also spend a lot of time doing in-house developments of our overall branding.”