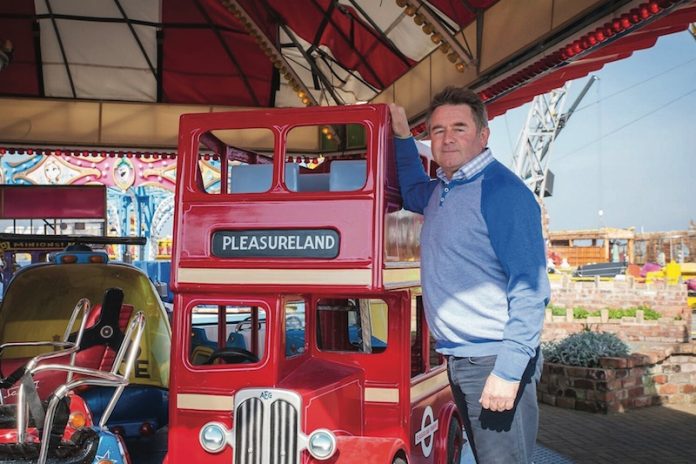 Southport Pleasureland celebrates a decade of business and unveils plans for its biggest and best year yet.

Southport Pleasureland has opened for its tenth year and owner, Norman Wallis, has set his sights on helping the town become the top seaside resort in the country.

Wallis is promising the biggest, and best year yet for the theme park, which will see the opening of brand new rides as well as notable improvements to old favourites.

Although unfavourable weather conditions in the closed season brought issues for many coastal operators, those at Pleasureland are all set for what promises to be a bumper year for the British seaside.

Wallis said: “We’re still working on things after the problems caused by Storm Doris, but we always get there in the end. We’ve got lots of new rides and we can’t wait to be open again.

“It’s hard to explain, but to be open, see everything going and everyone’s faces – that’s better than anything for me.”

A decade on from opening, a campaign of continual investment and development has seen the destination grow in popularity within the national consciousness.

Such progress, coupled with positive market conditions has led Wallis to believe that the time is right to establish the region as a premier destination.

“London’s had it good for a long time – it’s time the North West had a go.”