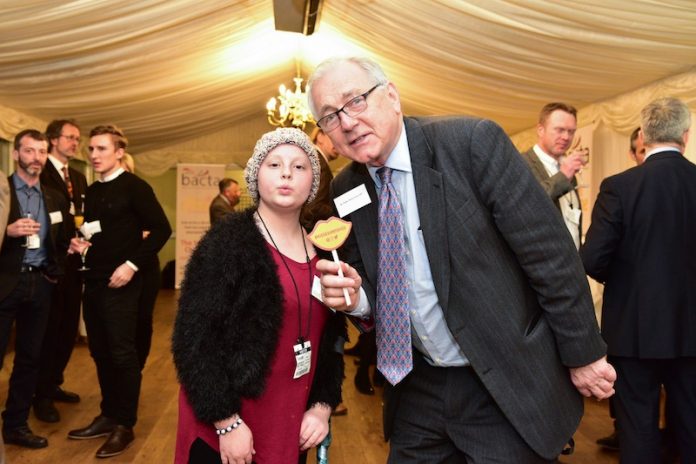 The first in a regular series of features exploring what it is that makes the industry tick, Coinslot highlights the seemingly indefatigable commitment to raising money for the less fortunate in society.

At a recent Parliamentary Reception for the Rays of Sunshine charity, CEO, Jane Sharpe, highlighted what she described as the tireless support of bacta members in helping to raise funds for the charity which she leads. In a partnership which began in 2011 bacta members have taken on a host of challenges all in the name of Rays of Sunshine, including a 100 mile cycle across London, completing numerous marathons and in arguably, the toughest challenge to date, September’s attempt to tackle 10 peaks in 24-hours. With over £300,000 raised so far, the bacta charitable trust has set itself an ambitious target to take that sum to £500,000 by year end. 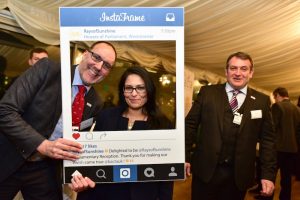 Rays of Sunshine grants wishes to children, aged three to 18 years old, living with serious or life-limiting illnesses. Wishes are as unique as children themselves. They give a child the chance to forget their illness and do something they could only dream of. Whether a child wants to be a princess or a fireman for a day, go to Disneyland, visit Santa in Lapland, own an iPad or meet their favourite pop star, Rays of Sunshine does everything it can to make that wish come true.

Bacta’s contribution is very much needed, as Jane Sharpe explained: “There are 49,000 children and young people living in the UK with a serious or life-limiting illness and this figure is increasing every year. Wishes make a child feel extra-special and bring them hope and happiness. They also provide families with treasured memories of happy times to look back on. We are a charity which is 100% voluntary funded and therefore rely on the compassion of individuals and organisations to continue our work. We are still a relatively small charity and the support we continue to receive from bacta and its members enables us to help more brave and deserving children.”

The theme of partnering smaller charities is not new to bacta, as the association’s CEO John White confirmed: “Looking back over the history of the bacta charitable trust, I think the stand out features not only relate to the physical size of the contributions (currently standing at £3.25m) but also the type of charities that bacta members have supported, organisations which perhaps aren’t household names but which, nevertheless, undertake tremendously important work for individuals who are less fortunate and for whom life can be very difficult.

“I’m referring to charities such as the British Institute for Brain Injured Children, Fairbridge – which supports disengaged young people who are not in education, employment or training and the Princes Youth Business Trust. Indeed some of our members were so taken with the work of the Trust that they, quite independently, went on to serve as mentors, providing the Trust with insight gained from their careers in business.

“Bacta members display a number of unique characteristics but I think the willingness and desire to roll up their sleeves, step outside of their comfort zone, engage with their community and raise money for those who have been dealt a terribly unfair hand, is phenomenal. The bacta bikers are a great example of this  ‘can do attitude’. Formed by Dave Orton in 1991, this intrepid group of motorbike enthusiasts have completed 13 tours and raised over £180,000. The last trip, which incorporated Germany, Austria and the Netherlands succeeded in generating £16,000 in sponsorship for Rays of Sunshine. I have been involved in a number of different industry sectors and nothing compares to the commitment and compassion displayed by bacta members who have an incredibly strong sense of community.”

There’s one bacta member in particular who has regularly stepped out of his comfort zone to raise money for Rays of Sunshine. Tony Glanville, Managing Director of Burton-on-Trent based RLMS Sales, part of the Novomatic group of companies, holds the distinction of being the single biggest fundraiser from the ranks of bacta members.

Since 2013, the 51-year old and wife Sarah have run and cycled in the region of 10,000 miles each whilst training for and completing sponsored events for Rays, a commitment which will see them contribute some £40,000 – once the 2017 London Marathon has been put to bed in April. “The 2015 marathon was the first time that I’d put on a pair of training shoes since my school days and since then I’ve lost about 4 stone training!” he confirmed. “Rays is a relatively small charity and you know that every mile you put in really means something not just to the organisation and the work it’s able to do but also to them as individuals. Bacta and Rays of Sunshine is a great partnership.”

Another lesser known charity which enjoys a close and productive relationship with the industry is CHIPS, an organisation which raises funds to purchase bespoke powered wheelchairs for children for whom the NHS cannot, or, in some cases will not help. 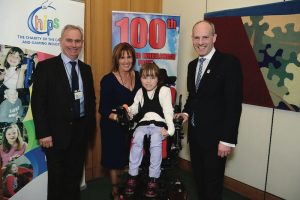 Born out of the gaming industry in summer 2001, CHIPS’ largest single contributor is Praesepe, the AGC, FEC and Bingo Club operator, which is led by former bacta National President and long time advocate of the trade association, Nick Harding.

Since first partnering with CHIPS in 2006, Praesepe has raised over £650,000, a remarkable sum which has enabled the charity to purchase in the region of 130 powered wheelchairs for young people the length and breadth of the country.

At the presentation of its 100th customised wheelchair, an event that was attended by the Minister for Disabled People, Justin Tomlinson MP, Nick Harding summarised the unique nature of the relationship with CHIPS. He explained: “I think what is really significant is that all 1,700 people in the company play a full part in helping to raise the money which makes such a profound difference to so many. The £650,000 is not a head office, corporate donation but instead, the result of the teams working out of our bingo clubs, our AGCs and our FECs coming up with wild and whacky ideas to raise money and involving their customers, family, friends and colleagues, all of whom go that extra yard.

“This is a three way partnership between Praesepe, our customers and our colleagues in the gaming and amusements industry. We’ve received huge support from the industry supply chain the vast majority of whom are bacta members. In many ways it is about ordinary people doing extraordinary things. What’s really important about CHIPS is that no one associated with the charity takes a penny in expenses, not even for a cup of coffee at a motorway service station en route to presenting a chair to a deserving family!”

CHIPS co-founder Linda Lindsay has presented the vast majority of the 450+ chairs that Praesepe and colleagues in the gaming industry have helped to fund and she still experiences the strong emotional impact that chairs have. “Even after all these years, it never fails to move me when I witness the life-changing impact that one of our powered wheelchairs has.

“A number of the children we help have life-limiting illnesses. CHIPS is a massive extended family and when we lose a member it really hurts. The only solace we can draw in these tragic circumstances, is that CHIPS has been able to provide the freedom and independence that mobility gives.”