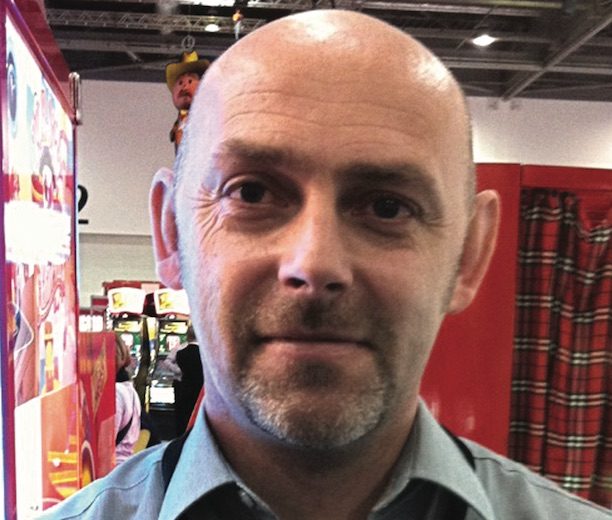 Crane manufacturer and industry veteran, Ian Eason, has sounded a warning that a worrying percentage of the new pound coins are being rejected by updated coin mechanisms.

Ian Eason, the managing director of crane machine manufacturer, Instance Automatics, has spoken out publicly on what he says could be a disastrous launch of the new £1 for the coin-op industry.

In an open letter, Eason recounts his experiences with inconsistent trial coins delivered by the Royal Mint. The concern was triggered by conversations with operators and cash handling experts from around the country who had reported that their new coin mechs had been issuing an unusually high number of rejections with the test coins.

“We got together and all brought our sample new £1 coins and also brought coin mechs that we had all programmed and in addition some mechs from leading coin mech manufacturers,” explained Eason. “We found that the coins we had were quite different to the coins the first independent programmer had and then checked them against the other programmer’s set, and again they were different. We all bought them at different times directly from The Mint, so clearly the coins’ electronic footprint varied quite a lot. The acceptance rate of my set of coins was very varied indeed and very poor when tried in mechs programmed by the independent mech experts and vice versa when we tried their coins in mechs that we had programmed.”

Eason and his industry colleagues received mixed messages from the Mint, which said at various points that there were a new set of more accurate coins available and then later that there was no difference between the most recent coins and the earlier test set ordered by Instance.

“Clearly, they are admitting that there is an issue and then also not admitting the issue,” said Eason. “They had all of our email information and could have at any time contacted us all stating that there was some variation that needs addressing.”

Eason’s fear is that this issue will be widespread across the industry and pile extra costs on the already expensive process of updating entire machine portfolios.

“We are concerned that this could be a really costly problem,” he said, “not only due to the fact that a good number of mechs are going to have to be re-programmed, but from an operator’s angle, they may be unaware of the amount of coins that won’t actually be accepted, costing them dearly, due to the customers getting fed up trying to get the coin to be accepted in the machine and walking away. These costs snowball, involving spares and purchase budgets which will go on being affected well into the next trading year.

“The pound coin is our golden coin – the one and only coin that we all need to ensure that our machines can accept. Without this coin we would struggle to survive and yet here we are, a week away from introduction, facing what I believe will be a complete disaster.”

While The Royal Mint were not in a position to comment on the direct case put to them by Coinslot, they did respond with a broader perspective on the change of coin program.

They said: “The Royal Mint has provided manufacturers and operators, who are able to meet the stringent criteria outlined in additional terms and conditions, with sample coins. While the samples are embossed with a different design to final circulating coins to ensure they cannot be used as legal tender, they do reflect the physical properties of the production coin i.e. weight, dimensions, etc. Operators should refer to their coin mechanism manufacturers in relation to specific queries about their coin equipment.”