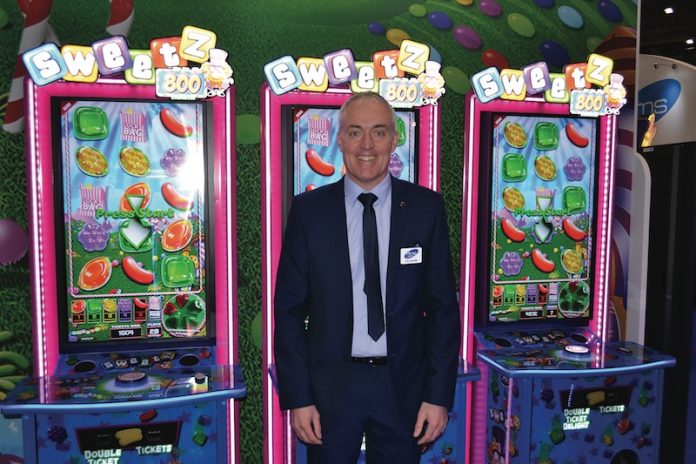 Which of your multiplayer games have been particularly successful recently?

Multi-player games are an integral part of the gaming mix for the majority of market sectors; you will see them in arcades both at the coast and on the high street, in bingo halls, motorway service stations and bowling alleys.

The Astra Games range of multi-player models has become iconic throughout the industry, with Party Time, Bullion Bars and House of Fortune being the most widely recognised brands among operators and players.

Batman has featured in more than eight films since 1966 – What do these evergreen licences immediately add to a game? And do they give it a longer life?

A licence such as Batman, with its historic and rich pedigree, is instantly recognisable and the players feel an immediate affiliation with products themed on this enduring character. Batman has been around in comics or on the silver screen for more than 75 years, clearly demonstrating that the licence has vast strength and depth. It naturally follows that Batman themed products will enjoy greater longevity which, in turn, will appeal to customers year after year.

The sheer presence of Astra’s threeplayer within a venue makes it stand out from the crowd and that is vitally important in a busy multi-machine environment, because it is always going to catch the eye of a player or potential player coming into the premises.

The scale of a three player with a top box allows the game and product designers far more scope. The visual presentation of Batman Begins is also exceptional.

Which specific markets have the best potential for your multi-player games for the year ahead?

With exception of pubs, all other markets have the potential to utilise multiplayers to drive venue cashbox performance. Multi-players are showcase products that create theatre and visual impact wherever they’re sited. Nothing causes more of a stir in a venue than seeing three players standing side by side enjoying the game and one of them triggering the streak feature on an Astra multi-player. You can see the excitement it creates as those oversized reels spin round and the player watches the bank building.