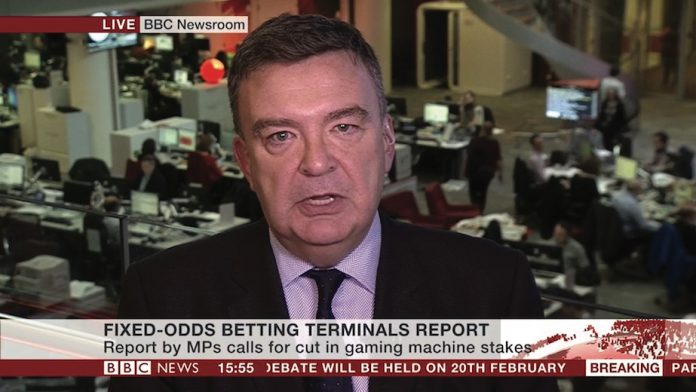 As the industry braces itself for the latest developments in the Government’s review of stakes and prizes, Malcom George, chief executive of the Association of British Bookmakers, argues that the recommendations should be based on evidence rather than prejudice.

Culture Secretary Karen Bradley is now considering the evidence submitted by the betting industry, academics, charities and campaign groups to the Government’s review of gaming machine stakes and prizes. The resulting recommendations are due to be published in the spring.

There has been a great deal of noise, much of misleading and inaccurate, from campaign groups with vested interests about the stake limits on gaming machines in betting shops.

Some has come from those who just don’t like gambling. But, more disappointingly, some of the criticism has come from sections of the gambling industry that believe attacking betting shops will somehow further their own efforts to increase stakes and prizes on other machines or introduce new methods of payment.

We doubt that this internal industry argument has gone unnoticed by the secretary of state Karen Bradley or sports minister Tracey Crouch and those who seize on any opportunity to criticise our industry. However, what has been missing from the debate about gaming machines and stake limits is a serious discussion based on the facts and evidence.

Since January, we have seen two new and highly significant pieces of independent research published that debunk any idea that gaming machine stake cuts are a sensible approach to solving problem gambling.

Firstly, an independent report published by GambleAware which revealed that the effective lowering of the stake on B2 machines from £100 could actually have made problem gambling worse by increasing riskier and more volatile behaviour.

The study concluded that, while the new stake limit resulted in less money being staked above £50, it also led to an increase in total stakes from bets just within the new ‘soft cap’ of £50. This meant players preferred not to opt into the new scheme but decided instead to spend a similar total amount of money using lower stakes over a longer period of time. However, players placed riskier bets at these lower stake levels with a lower chance of winning, the report said.

In a significant blow to suggestions that a stake limit cut would help those at risk of problem gambling, the study concluded: “Generally, our findings do not support the proposition that nudging players towards lower stakes mitigated harm or made play more responsible.”

The higher potential staking levels on FOBTs, relative to other gaming machines, are often cited as providing the potential for greater harm. But while betting shops have higher staking levels, the amount of money returned to the player is higher than in arcades.

The only things that should matter are the facts and the evidence. Betting shops have submitted a huge weight of evidence to the Government’s review, including independent evaluation of the responsible gambling measures we have introduced – voluntarily – on our gaming machines.

These measures include; a Player Awareness System which tracks account based play for markers of harm, the ability to set limits on spend and time on machines – options not available in any other gaming machine venue.

We also stopped advertising gaming machines in our shop windows a long time ago, and machines carry several prominent responsible gambling messages as well as details of the help available if someone feels they are getting into difficulty.

There is a real danger that the Government could ignore all the evidence submitted to its review just to appease a small but vocal group of vested interests.

That would be hugely damaging to High Street betting and all the jobs that the industry creates and to the sports that people bet on. The industry as a whole would suffer, as would our customers and the gambling public.

That’s why the arguments should focus on the evidence and we must all work together to secure the best possible outcome for our industry, the customer and those at risk of problem gambling.