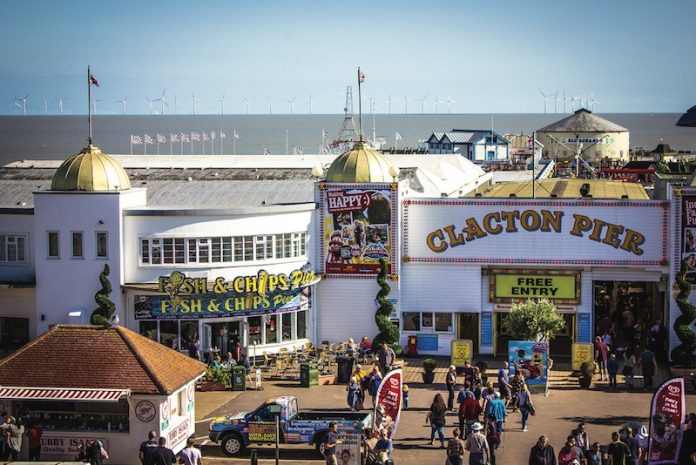 Over 12 coin-operated amusements from Clacton Pier, including Postman Pat, Bugs Bunny and Mickey Mouse rides, will go under the hammer at auction.

This week brings news of the chance to own some pieces of amusements history, as machines that formerly delighted punters on Clacton Pier. All the fun of the fair will be heading to an auctioneers as they prepare to sell off more than a dozen distinctive coin-operated rides, reports the Daily Gazette.

Colchester sellers Reeman Dansie have a collection of the small single person rides to put under the hammer at a special collectables sale. The amusements are thought to have once been part of the furniture on the iconic Clacton Pier and were a massive source of fun for youngsters and the young at heart.

Amongst the collection are a number of children’s television favourites: Postman Pat, Bugs Bunny, Mickey Mouse and a matching pair of Muffin the Mule rides. There are also elephant, cars, boats and even a rocket ride for buyers to try and snap up.

Some of the rides are thought to date back to the 1950s, meaning they are now quite delicate. Each of the items are marked up with an estimate of between £100 and £150 per piece.

Collectables expert Michael Bowles said he was excited to see how they would sell. He said: “It is a very nice collection and they would have originally been found on Clacton Pier. We had a lot before which was quite similar to this three or four years ago.

“The expectation was it would fetch somewhere between £1,000 and £3,000, but at the auction we managed to raise about £30,000. It was an incredible surprise, but it goes to show there is certainly a market there for this sort of item.

“You just have to make sure you find it. It is likely to be something which is bought by a collector who takes on a lot of the items in bulk. I’m not sure if they are in any kind of working order, but I certainly would not risk sitting on the elephants.”

Along with the rides, amusement arcade games including William Street Defender, Crompton’s Gum Ball Vendor and Atari Asteroids will also go under the hammer.

Other items include a collection of vintage musical instruments, rare collectable jugs with the faces of famous characters like Winston Churchill and Laurel and Hardy, a selection of jewellery and an ebonised chess set.