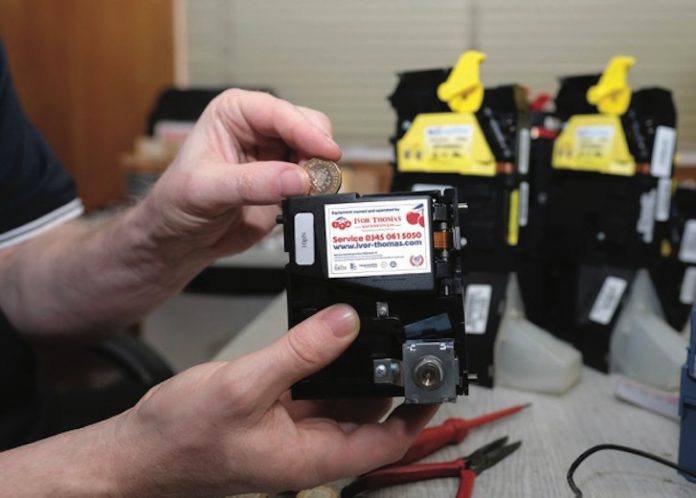 The new pound coin is expected to cost the industry millions of pounds, but some operators, such as Ivor Thomas’s Paul Thomas, are content to grin and bear the cost in the hope that new coins will prove to be as secure as advertised.

The 28 March, 2017 is a date firmly imprinted on the minds of everyone in coinop, as the industry prepares for the introduction of the new pound coin. The 12- sided currency is designed to minimise fraud, but the change is having a huge knock-on effect on businesses that use any type of vending device that accepts £1 coins.

Ivor Thomas Amusements is one of the many companies affected materially by the arrival of this new coin, but despite the significant costs to his business, the company’s MD says that he understands and accepts the reasoning behind its introduction.

“Change can initially be hard to accept, however we accept fraud costs businesses millions over the course of a year and ultimately it has to be good in the long run,” said Paul Thomas.

For Ivor Thomas, the short term upheaval amounts to changing over 2,000 coin mechanisms in outlets across the South East. This includes a site visit and installing a reprogrammed mechanism at each of its locations at a cost to the company in the region of £100,000. All of which has to be successfully carried out within a six month period, before the old one pound leaves circulation.

Over the past two years, a number of different industry figures have come forward to lament the cost of the changeover, noting that regulation restricts their ability to increase prizes and absorb the cost.

Trade association bacta has even gone so far as lobbying the government in the hope of securing a tax rebate that would help the industry cope with the new coinage.

Thomas, however, accepts that the money it will cost his business is a natural consequence of the march of technology.

“The last change was for the new 50p coin in 1997 and it was no different then,” said Thomas. “There are hundreds of outside influences that can effect any business, from the weather to political change. To say we should not have to bear the cost of change would be like a company saying they shouldn’t have to bear the cost of upgrading software to keep it more secure. This, like any other outside change, is part and parcel of business and it has to be budgeted for.”

However that’s not to say that he gives the government a free pass on its implementation of the new currency, particularly with so many notes and coins changing in quick succession.

“With the new £10 note being introduced in September and a new £20 note also planned for the future, businesses are going to be hit hard,” he added, “with four separate changes in a short space of time. Had the government considered the financial impact on businesses, then perhaps we would have seen these changes take place in one go.”