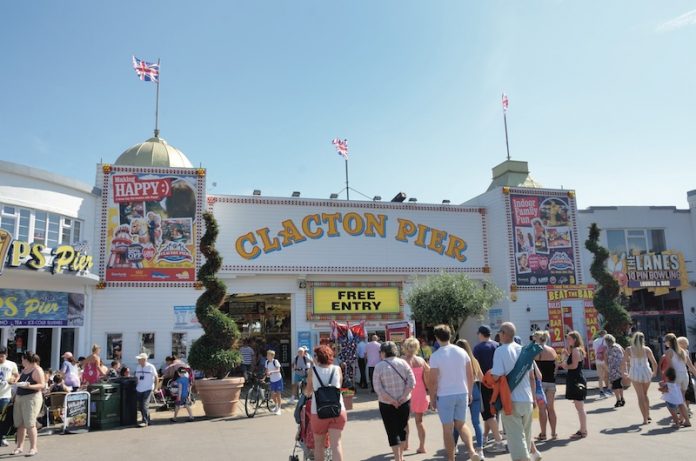 “Could the winner of the UK’s most popular singing show come from Tendring?” That’s the question being asked by the owners of Clacton Pier, who have confirmed that the historic attraction played host to one of the X Factor’s open auditions on Wednesday, 15 March.

The programme, now in its 13th season, will be touring the country this month to come up with the next breakout music stars.

Billy Ball, managing director of Clacton Pier, said it was the first time the Pier had hosted the auditions: “We were contacted by a casting researcher from the company behind the series and it came a bit out of the blue,” he said. “However, it is a great opportunity and we were happy to stage a day of auditions and we feel lucky to have been picked as a venue.

Speaking before the event Ball said, “they are going to come along and set up in the Boardwalk Bar and they will take over the facility for the next seven hours.”

Every act which attended the event was promised to get an audition, with those that impress the X Factor team with their vocals they will be in with a chance of going on to audition in front of the famous judges in the summer.

“It is great that auditions for the show are coming to Tendring and is a fantastic opportunity for some of our marvellous singing talent to put themselves forward,” she said. “You never know how it might turn out – and this sort of chance does not come along on your doorstep every day of the week.”