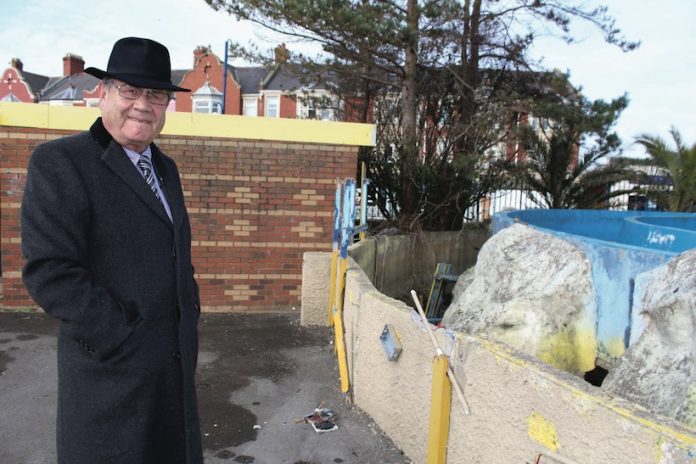 Business is booming at Pleasure Park on Barry Island and owner Henry Danter speaks about the part that redemption machines have played in that success.

After breathing new life into a crumbling family attraction, Pleasure Park in Barry Island, Henry Danter is bullish about the role redemption machines have played in helping to boost business in Pleasure Park’s arcades.

Danter said: “I think redemption is something that some of us were a bit slow in catching up on, but it’s been certainly worthwhile and a great help to the industry. I wouldn’t go so far as to say a lifeline, but it’s done a lot for the industry. The industry is a much better place with redemption than what it would be without, so I would really say redemption is the way forward. These machines, they’re eye-catching, they’re appealing, they look good.”

In the past, operators have said that redemption machines are popular with players because, in a way, they are rewarded for all the time and money spent on one game. This is true whether they spend their tickets at once or save them for something bigger.

Danter added: “I think people like to win something. What makes them happy, and makes them want to play, is the bargain of tickets they can get out of these machines. They can win up to 1000 tickets and with 1000 tickets they can probably get a £10- £15 prize. So it’s an added bonus and it gives them an incentive to play and save these tickets up.

“People are encouraged to play because they’re going to get something extra for virtually nothing. I think that’s what gives the people the playing appeal because they know the more tickets they get the bigger the prize, and it’s fun for the children.”

Since reopening the Pleasure Park, Danter has fully incorporated redemption machines into his arcades and he says it has been very good for business.

He said: “We’ve got three arcades. I would say we probably have 300 redemption machines. We buy redemption all the time. The latest one we’ve got is Tom & Jerry and we’ve also got Only Fools and Horses. We’ve got most of the new stuff. We haven’t got all of it obviously, but we buy new machines every fortnight. The amount of new equipment on the market now is staggering. I think the manufacturers are doing a damn good job in what they’re doing.”