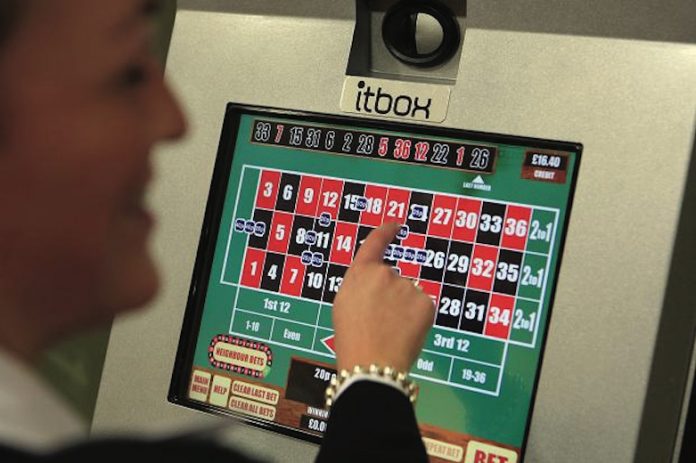 A controversial and secretive new report from KPMG has been released to The Times by the bookmaking industry, claiming that jobs and tax revenue will be slashed if B2 stakes are reduced to £2.

The bookmaking industry has claimed that cutting FOBT stakes to £2 would cause half of the country’s betting shops to close and leave 20,000 people without a job.

The source of these surprising claims is a secret KPMG report, shown to The Times newspaper, but which has otherwise remained completely under wraps.

The report appears to have been commissioned in direct response to recent parliamentary calls for the government to slash FOBT maximum stakes to £2.

The flashpoint being the publication of a report by the All Party Parliamentary Group (APPG) on FOBTs, which was immediately followed by a number of criticisms levelled at the arcade industry by the Association of British Bookmakers (ABB).

These included the claims that the AGC industry needed to “get its house in order” on responsible gambling and claims that B3 machines were more dangerous than B2s.

According to The Times, the KPMG report also contains the claim that a drop to £2 would also see the government missing out on £1bn in tax revenue by 2020. The racing industry would also feel the effects of action on FOBTs, the report claims, losing around £100m in racing levy contributions and media rights. The veracity of this report has been question by a number of sources, including coin-op trade association, Bacta.

“No one can believe paid for research from the bookies,” said its chief executive John White. “Nor is it in the public domain, so it cannot be scrutinised.

“Independent and public studies from Landman and NERA demonstrate in fact that any loss of revenue by the bookmakers would be redistributed in the economy on activities that are more labour intensive, thus boosting employment. They provide yet another piece of evidence supporting a substantial reduction in the stake on B2s.”

The head of the FOBT APPG, Labour MP Carolyn Harris, also made reference to the Landman study in comments given to The Independent. This piece of research, released in 2015, argued that because the money spent on FOBTs supports relatively few jobs compared with other areas of the economy, if the money spent on machines in LBOs was redistributed around the rest of the economy it would in fact create 16,000 jobs.

“The publicly available research from Landman Economics shows that £1bn spent on FOBTs supports 16,500 fewer UK jobs than when that money is spent on other consumer activities,” said Harris.

She added: “If the bookies want MPs who will be making decisions on FOBTs to consider the research the betting industry has funded, I recommend that they share it with us.

“FOBTs are causing extremely high levels of gambling harm in communities across the country; the Government should respond to the widespread campaign for a substantial stake reduction backed by hundreds of MPs, local authorities and now the Church of England Synod, by taking definitive action in the forthcoming Review of Stakes and Prizes.

“I support a responsible gambling industry, but there is nothing responsible about how FOBTs are currently being operated. I urge the Government to take action now.”