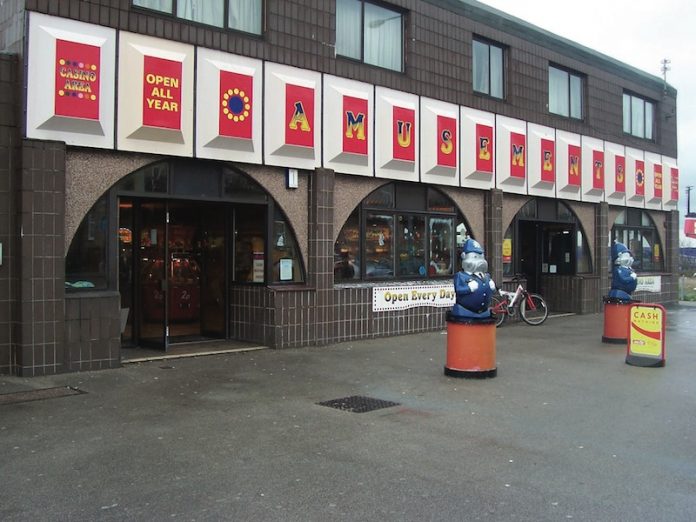 Driving home the potential redemption has to increase its market share in Britain’s arcades, two of the country’s leading independent operators give their thoughts on the sector and how it will impact the future of their businesses.

With redemption machines increasingly hailed as the largest growth industry in the FEC sector, those who are yet to fully embrace the practice are nevertheless climbing on the bandwagon Lee Stefani, owner of Harbour Lights Amusements in Fleetwood Lancashire, said: “We used to have redemption, going back years ago, we came out in 2006. We were probably one of the first companies to actually do redemption at the time on Fleetwood pier and then when we came out we went into voluntary liquidation and some of our machines got sold off or taken in exchange.”

Having been an early convert to redemption, Stefani well understands the benefits a dedicated redemption offering can bring and has plans to return to the fold once he has built up the capital needed for a major investment.

Stefani continued: “In an ideal world, given a budget, I would take away some of the Cat D fruit machines and then go to more novelty, fun redemption machines. But if we don’t do it on a bigger scale, then it’s not worth me doing it at all.”

Stefani has seen the benefits that these machines have had in arcades in nearby towns and has put some serious thought into upgrading Harbour Lights to accommodate more machines like these in the future.

“I am in talks with my local council about moving the jackpot area to the back of my arcade. By doing that, it would enable me to have more family entertainment space at the front of the arcade. Hopefully it’s a good Easter and a sunny season then we’ll probably look into redemption and get into that area, to give the arcade a bit of a facelift.”

In other parts of the country, some FEC operators have successfully belied the conventional wisdom that you go all or nothing in this sector.

David Wilkie, owner of New Palace Amusements, said: “I don’t do solely redemption I do a mix, but redemption is popular. My tickets are worth 5p each and I’ll give two or three away per game, which is worth a lot more than 100 tickets from somewhere else, so I’ve got my balance perfect.”

Wilkie also gave some insight into what he looks for in a new ticket-based product.

“When I buy a machine with redemption I will not buy games that are just ticket grabbers, machines that push tickets off or you can just win tickets on,” he said.

Like many in the industry, Wilkie has come to understand that the most successful titles are the ones that customers find it fun to simply play, rather than just being methods of spitting out tickets.

So as operators develop this more nuanced appreciation to redemption, it is up to the supply and manufacturing side of the equation to keep pace with a changing market.