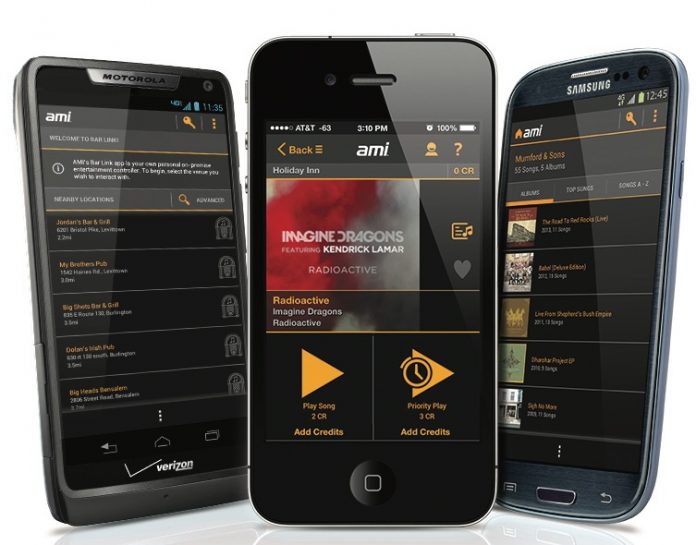 New mobile apps from AMI have been released across America and additional new tech could see them reach the UK in coming months.

The new owners of NSM Music, American’s AMI, has been ramping up the use of mobile technology by its jukebox customers over the past few years and has now announced the integration of two new features into its software offering.

The addition of both geofencing and beacon technology are exciting developments for the US app market, but could also make their way across the Atlantic in the coming months, according to recent comments from AMI’s CEO, Mike Maas.

In a recent interview with Coinslot, Maas said: “We’re not going to just blindly port [this technology] to the UK, but we will be able to bring that technology in a much more expedient way into the UK. It will help operators and it will help patrons.”

Geofencing is a technology which creates an invisible ‘fence’ around a device, in this case a jukebox.

Once a mobile phone passes inside this fence notifications can be used to inform a consumer that a jukebox is nearby.

Beacon technology is an updated form of Bluetooth, which allows packets of data to be transmitted to nearby devices, delivering the aforementioned reminders as well as other marketing offers.

“Proximity marketing lets AMI reach out to patrons entering our locations, reminding them to use the jukebox, and bringing them exciting offers to enhance the bar experience,” said AMI chief technology officer Ron Richards.

The additions to AMI’s BarLink app have been developed by inMarket, one of the world’s largest beacon proximity and location intelligence companies.