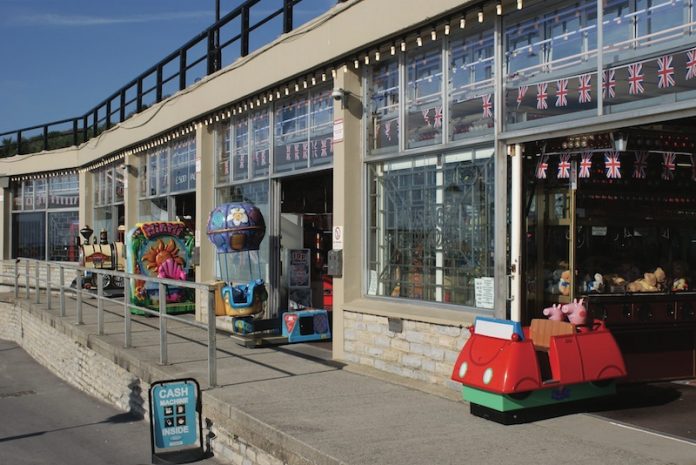 Lyme Regis operator George Symonds has found himself in the unusual position of being a district councillor rebuking his local council for failing to renew his arcade’s lease.

A Lyme Regis amusements operator has hit out at his local council after a two year saga during which it failed to renew the lease on his premises. Speaking at a town council meeting at the end of February, George Symonds, owner of the Amusement Arcade on the resort’s seafront, suggested it consider revising its policy on how it treats tenants.

Noting the irony that he is a district councillor for West Dorset as well as a local business owner, Symonds said the lease at his arcade had been due for renewal two years ago, but was no closer to being resolved than when it first came up.

He told the meeting: “We’re nearly two years down the line now and after meetings with the town clerk, the mayor, deputy town clerk and other members, we’re no further forward in getting this lease renewed than it was when it was first due to be renewed.

“Originally, when the lease renewal came up, there were paragraphs added to the existing lease. My solicitor sent these back and said these weren’t acceptable.

“I had a meeting in December with the town clerk, mayor and deputy town clerk to resolve this issue and it was resolved that a mistake was made somewhere and it was agreed that we just get a new lease.

“This was apparently actioned by the deputy town clerk. Your solicitors actually then lost the lease. It was delivered to them and they lost the lease before Christmas.

“After Christmas, I then contacted the deputy town clerk again, who said he would come back to me as he was meeting with your legal representatives in the very near future. I’m still waiting for somebody to come back to me.

“In the meantime now, I owe some rent. Nobody can get back to me, but they can send out letters saying my rent is overdue, which I’m quite aware of. The options at the moment are, if I don’t pay the rent you’ll take me to court, but my option is I serve legal notice on the council to renew my lease.

“I would like to see the council have a policy on how in treats its tenants because I have felt like I have to stand up and say this on front of full council, which I’m not happy about. I have spoken to the office time and time again and nothing has happened.”

Lyme Regis mayor Owen Lovell apologised to Symonds and said he would ask the town clerk to respond, as well as agreeing a review of the council’s legal system would be appropriate.