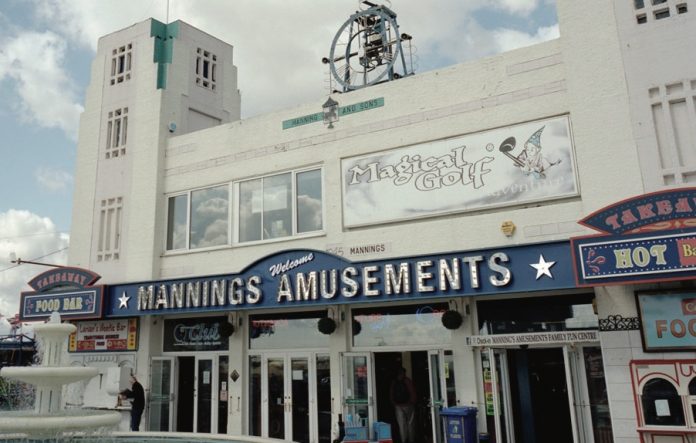 Felixtowe’s Charlie Manning has hit out at the government for potentially damaging business rates rises for the seaside sector, while big companies such as Amazon and Google get a comparatively easy ride.

Felixstowe operator Charlie Manning has labelled the business rates revaluation as “ridiculous” and warned that it would put his and other amusements businesses under increased pressure.

Manning, the owner of Manning’s Amusement Park, said the new valuations would see his rates rise by a third at a time when the seaside sector is already struggling.

He explained it was pretty upsetting for small business owners to see such an increase while large corporations were charged comparatively little in tax.

He told the Ipswich Star: “The first letter we received shows our rates going up approximately 30 percent, but we will be appealing this, and the news has reported that this area will be getting rates reductions, so we hope that ours can be fixed.

“It’s ridiculous to put more on a struggling industry. Online gambling and mobile apps for gambling have virtually killed the fruit machines. We are still busy with the 2p pushers, but it takes a lot of 2ps to pay the rates and electricity bills.

“We will obviously be appealing the increase and hope for the best. The government would gain more tax revenue by enforcing tax payments from companies like Google, Apple and Starbucks who seem to have gotten away paying relatively no tax for years.

“If they taxed the huge corporations who make millions, if not billions, each year they could give some relief or support to the small family or local businesses who employ people locally and provide a facility or service to the community.

“There’s very little for the youngsters to do in the town and if the amusements were removed they could potentially just be on the streets and prom.”