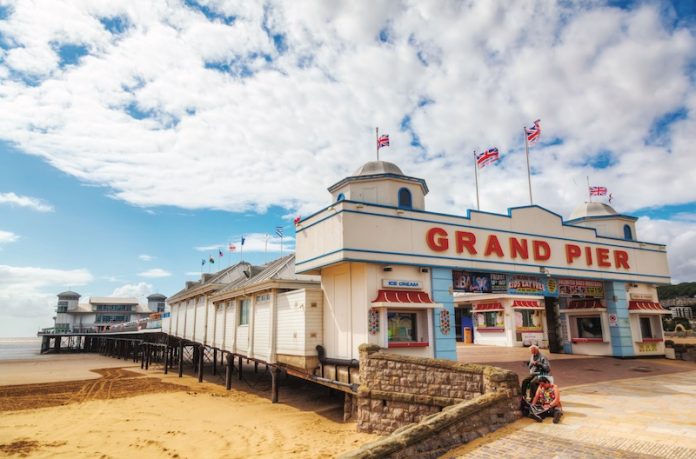 BALPPA has recommended that the UK Government should underwrite the insurance of piers to allay the financial burdens they face due to their geographic vulnerability.

Recent storms may have brought the plight of piers around the country into sharp focus, but for many years operators have found organising insurance increasingly difficult due to a mix of rising premiums, and a distinct lack of brokers.

In light of this, BALPPA has spoken in support of its members and recommended that the UK government should underwrite the insurance of piers to ease the burden on these historic seaside sites.

Paul Kelly, BALPPA CEO said: “We acted, as following relatively recent damage to piers either natural or by fire it was proving difficult for members to gain insurance and this was causing a problem for existing operators and for inward investment in piers.

“I think the issue of insurance is something that the pier sector has battled with for many years due to their natural locations. Piers are some of the oldest attractions in the country and contain a wealth of local and cultural history. They need support from all of us in the sector.”

Even the most modern of structures in the country can feel the inherent distrust of brokers. The Weston Super Mare Grand Pier is arguably the most secure pier in the UK, but owners were still left scouring the market when a previous policy wasn’t renewed, finally having to spread through a number of bodies, with no single insurer prepared to take the risk on the structure.

Michelle Michael, MBE coowner of the Grand Pier, and BALPPA management committee member commented on negative impact that the current insurance climate was having on operators.

“I think that BALPPA are looking for support for this sector of membership which is struggling to keep up with annual costs of operation. Piers are unique in that they have to find money each year to maintain their structure. For other attractions, it would be like maintaining the foundations of your building each year.”

This poses a great deal of problems to many installations which don’t have the luxury of modernity, and such issues could force some to close altogether. A successful lobby to these ends could see piers receive a much welcomed boost at a time when internal tourism is on upwards trajectory. Such support for operators would not only have an obvious impact on overheads, but could provide a shot in the arm for investment for the UK seaside leisure industry.