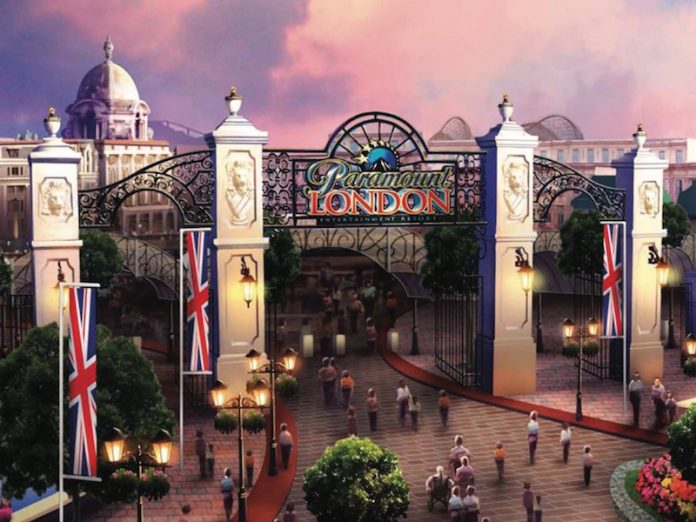 Plans for what’s being dubbed as Kent’s “Disneyland” are on track, according to the London Resort Company Holdings, and they are confident that they will be approved when the plans are submitted to the government.

The London Resort Company Holdings (LRCH), the top bosses behind plans for a £3.5bn Paramount theme park in north Kent, insist the project is still on course and are confident that plans will be approved when a development consent order (DCO) is submitted to the government in November.

Group chief executive of LRCH’s parent company, Kuwaiti European Holdings (KEH), Humphrey Percy, said: “The stage we are going through now is absolutely focused on the development consent order process. We decided in the KEH Group that we needed a team that can achieve that. We’ve had to bring in experts like Kevin Doyle and Mike Morrison. Moving myself from the group level into this role is a sign of our commitment and determination to make it all happen.”

Percy has taken on the role of chief executive at LRCH after previous chief executive, David Testa, resigned last month. Percy is confident that plans for the park will be approved and affordable. Should approval go through, building can start as early as 2019 and the park will open in 2022.

The park resort is planned to be built on 872 acres in Swanscombe Peninsula in north Kent. It will include rollercoasters, a theatre, retail and food outlets, hotels, a nightclub and rides inspired by Paramount Films, Aardman animations and the BBC, although there has been no final decision made on the specific themes of the rides.

Percy said: “We’re working with world class theme park design companies to make sure that we have a real attraction. I’m talking about companies that have their headquarters in California and support the major film studios and attractions across the world.”

Building this park will be a huge boost to the local economy in Kent, as an estimated 33,000 jobs will be created and 55 percent of these roles are expected to be filled by people in the immediate area. Resort bosses believe the project will be a “catalyst for continued improvement and investment in Kent” and feel that many of their visitors will link in trips to local tourist attractions during their stay.

Percy said: “We will make sure that this experience is for the whole family. It’s going to be a very amazing and exciting thing for them.”

Residents will be invited to attend a fifth and final statutory public consultation before the final plans are submitted.