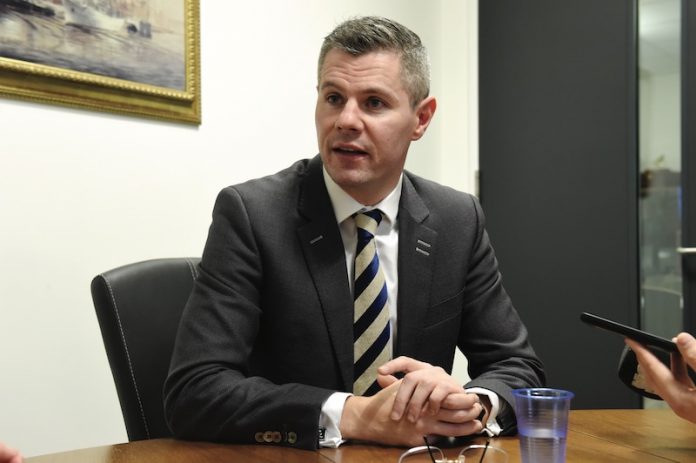 Scotland’s finance secretary has moved to calm concerns over sharp business rate rises by capping increases at 12.5 percent for 8,500 hospitality firms, but some believe this to be but a temporary fix for a deeper issue.

The Scottish finance secretary has backtracked over raising business rates and announced a 12.5 percent cap on rate increases for 8,500 hospitality firms.

The package was announced by Derek Mackay in a statement to Holyrood and follows widespread criticism from political and private institutions over previously proposed increases in Rateable Value.

In the buildup to the announcement, Marc Crothall, the chief executive of the Scottish Tourism Alliance said: “This is the biggest threat to our industry for years and there is serious concern. Why crucify people by putting them in this position?”

The rate reviews were to be based on 2015 valuations, which many detractors noted would fail to take into account the full effect of the oil downturn hit had on the north east of the country.

Mackay said of the rate cap: “I have listened and decided that we will act nationally to tackle the impact. Hospitality businesses, such as hotels and pubs, across Scotland will see rises capped at no more than 12.5 percent, recognising the concerns that have been raised with me over the scale of the increases and the valuation methodology which sets them apart from other sectors.”

The Scottish Tourism Alliance – which had been campaigning for a reversal in the proposals to increase business rates – said Mackay’s announcement was “Hugely encouraging news.”

A spokeswoman said: “We know that it will be welcomed by tourism businesses across Scotland, businesses which were facing serious financial challenges post-April and in many cases, closure and the loss of many jobs.

“Today’s announcement underlines and highlights the government’s support for our industry and acknowledges the importance of tourism as the main economic driver in Scotland.”

Others, however, have not fully bought into the measures. Ewan MacDonald-Russell, head of policy for the Scottish Retail Consortium, described the announcement as “Yet another sticking plaster.”

He added: “The measures will hopefully help some of the businesses affected by the revaluation, albeit only by adding even further complexity to an already fiendishly complicated system.”

The Federation of Small Businesses welcomed the measures which it said would provide some comfort for the tourism and hospitality sectors, but added that the business rates system was “long overdue for reform.”

Former RBS chair Ken Barclay is currently reviewing the business rates system in Scotland, and is due to report to the Scottish Government this summer. However, any recommendations from this review will come too late to affect the 2017 revaluation.