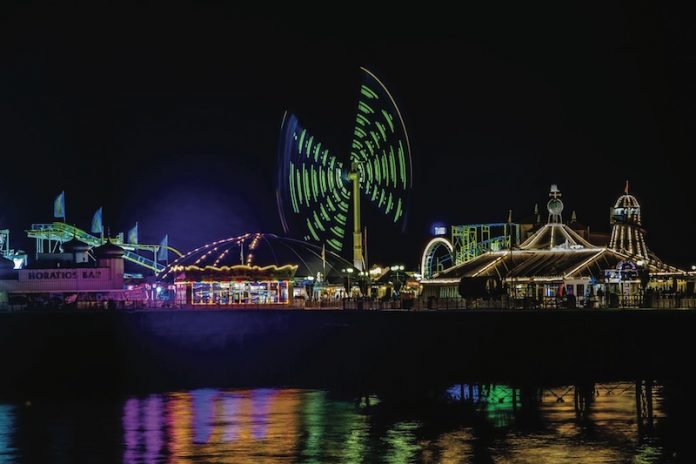 With VisitBritain announcing that it will hold its the largest every global tourism trade event in one of the UK’s amusements hotspots, Brighton, Bacta chief exec John White has give his backing to the event.

Bacta chief executive, John White, has highlighted the significance of VisitBritain’s decision to host its largest ever global tourism trade event in Brighton, the city by the sea which owes much of its popularity and prosperity to the existence of a flourishing and robust amusements offering.

Now in its third year, ‘ExploreGB’ will host 400 international buyers from 40 countries at the two day event which opens Thursday, 2 March.

“I am absolutely delighted at the choice of Brighton to host this major international celebration of the UK tourism industry,” stated White. “The latest figures show that 2016 was a record breaking year for inbound tourism to the UK, with 37.3 million visits contributing £22.2 billion to the economy.

“Bacta members play an important role in helping to keep the tourism proposition fresh and attractive, no more so than in Brighton, where the Palace Pier is the highest profile example of a vibrant amusements offering, which includes a large number of privately owned family businesses.

“I am certain that all of the international delegates, including the 26 journalists from 16 countries, attending ‘Explore GB’ will return home having experienced at first hand the hospitality and entertainment offerings which are unique to the British seaside experience.”

VisitBritain chief executive Sally Balcombe said: “With its vibrant arts and music scene, heritage buildings, boutique shopping and the draw of its lively seaside and famous pier, Brighton is a fantastic destination to showcase the diversity of our tourism offer.”

‘ExploreGB’ is part of the UK Government’s GREAT campaign to promote what makes Britain a great place to visit, study, invest and do business. Brighton will host buyers from Britain’s largest and most valuable inbound visitor markets, including the USA, Germany, France, Canada and Australia.