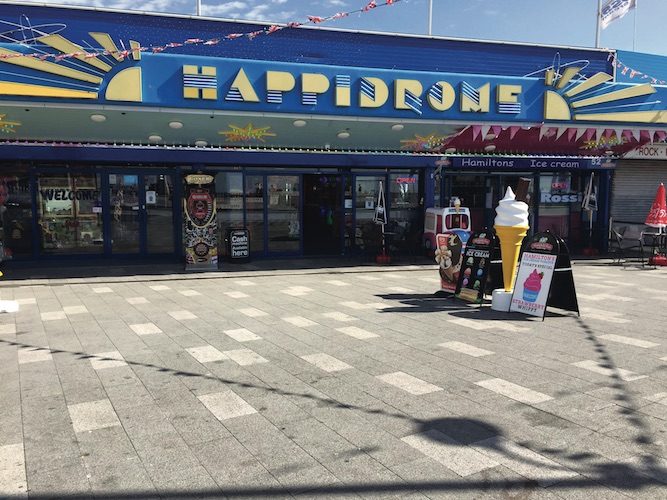 An arcade operator has hit out at the government for the huge cost of adapting his equipment to the new £1 coin, going as far as to call for some form of compensation.

A Southend family entertainment centre operator has described the introduction of the new £1 coin as a “nightmare”.

Martin Richardson, owner of Happidrome Arcade on the resort’s seafront, estimated that it would cost his business £6,000 to £8,000 to adapt his machines to accept the new coin.

The 12-sided coin will enter circulation on 28 March, with the current £1 ceasing to be legal tender on 15 October. Richardson told the Echo newspaper: “It is a nightmare. It is just after the introduction of the new 10p coin and £5 note. They are also planning a new £10 note. It is a massive drain on our industry.

“They say it is to make it harder for people to make fraudulent coins, but I don’t believe that. The new coins won’t stop them making fraudulent copies. If it is made, someone can make it again.

“I think it is because they have used inferior metals and so the coins are not in very good condition and no amount of scratching them on the side of a machine will help.”

He said that the six and a half month period when both versions of the £1 coin are legal tender would cause additional problems for arcades, as their machines would need to accept both.

The Southend operator explained that the amusements industry would also be hit more than others due to its inability to put up prices to cover the extra cost of adapting to the new coin.

To compensate for this, Richardson said the government should offer the industry some form of subsidy.

He commented: “The supermarkets need to change their trolleys to take the new pound coins, but they can offset the cost by putting up their prices.

“However, we are regulated by the government. We can’t just put our prices up. What we can put up – for example the rides – we have already put up to cover the cost of having to change the machines after the new 10p was brought in.

“There is very little we can do to offset the cost of the new machines. This is where the government should give us some money back.

“We should get a grant to pay towards the cost of having to change the machines or the government should pay half.” Richardson has had examples of the new coin for the last year in order to test it in his machines, but he said this would do nothing to stop the hit to his business’s bottom line.

“We have been guinea pigs testing them for the government. They use the industries to test them, but we get nothing in return,” he added.