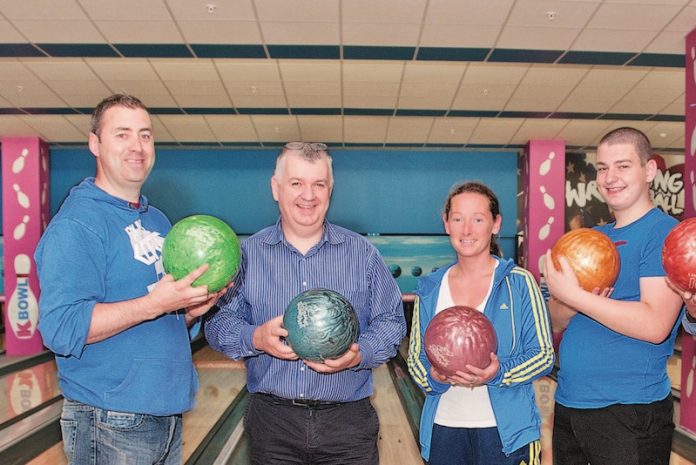 Shane Murphy of amusement machine supplier and bowling operator Tobyco gives his unique perspective on the current state of the Irish market, as redemption and late-night bowling provide a new avenue of opportunity for the company.

Family run operator and supplier, Tobyco, has the benefit of seeing the Irish industry from both sides. Having fought through the worst of the recession and come out the other side with a strong bowling and coin-op business, the company has something of a unique perspective.

“We’ve been attending the Irish Show on and off as a stand holder for the last 10 or 12 years and we’ve been in the business since the early 80s,” explained managing director, Shane Murphy. During that time the Murphy family has seen huge changes in the marketplace, not least the economic recession, from which Ireland is yet to fully recover.

On the machine front, Murphy has also noticed a slow, but deliberate, shift towards redemption. The ticket-based set-up requires a full scale commitment from arcade operators, which can be a stumbling block for suppliers, but Tobyco has the benefit of using its own site to provide a demonstration.

“As a supplier, we figured out our own premises first,” said Murphy. “We would bring people into our venue and show them what to do and how to do it.” The company also works closely with the UK’s Instance Automatics to source the latest redemption machines and market intelligence.

“We’ve been supplying their Maxx Grabs and Prize Zone machines for the last 10-15 years with tremendous success. I’d say that they were one of the machines that kept us in business through the recession.”

Redemption in Ireland is a slowly growing market, thanks in part to the need to commit wholeheartedly to the format. “In its infancy and, particularly over here, it’s not for everybody as it’s very work intensive,” said Murphy. “I explain to our customers when they come down that this is not something that you can half try. You have to be full on all the time. It’s not something where you can dip your toe in the water, you have to commit fully.”

On the bowling front, being an innovator has also helped Tobyco stay buoyant. The company is one of the first in Ireland and the UK to capitalise on a new trend to attract young revellers for a quick trip to the alley before heading out on the town.

“We change our sound system, change our lighting system and after eight o’clock we pump up the music. We’re looking for the 20 to 30 somethings, which we are attracting,” explained Murphy. “It suits them to then to go on clubbing for the rest of the night. We do a finger food offering, bring your own beer and karaoke. It’s proven quite popular.”