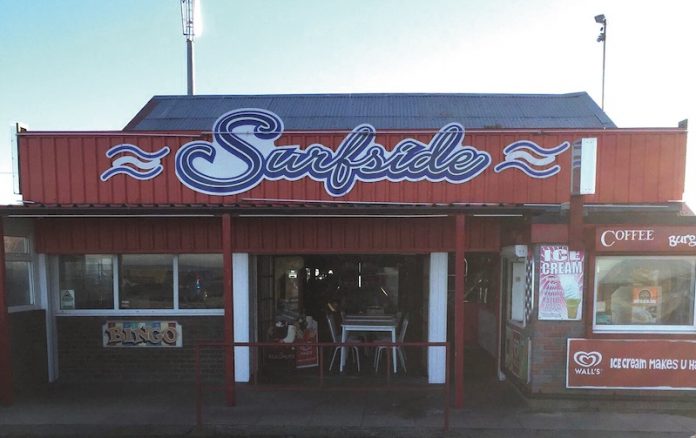 The new owner of North Wales arcade Surfside couldn’t be more familiar with the business she’s taking on, having been a regular visitor since her early childhood.

Pensarn’s Surfside Amusements has reopened under new ownership after its operator of 54 years took the decision to retire from the industry.

Anne Clough, 76, who bought Surfside back in 1963 as part of a chain of arcades, sold the businesses to lifelong friend Jeanette Marshall, 34, who makes the transition from customer to operator.

The two became acquainted after Marshall was taken to play prize bingo at the arcade by her grandparents, who lived in the area, at the age of seven. Marshall told the Daily Post she jumped at the opportunity when Clough revealed her intention to sell Surfside, the last arcade she owned.

She commented: “I wouldn’t have bought any other arcade. Since I was little, I always thought Anne would adopt me and give me Surfside, but as soon as it came up for sale, I thought all of my dreams had come true.

“If I’d have won the lottery, I wouldn’t have been as happy as I am now.”

Originally from Liverpool, Marshall moved to the area as a teenager when her grandmother fell ill.

As soon as she was old enough, she took a part time job at Surfside, working alongside the Clough for several seasons and continuing to visit as an adult with her husband and two children.

Since taking over the business, Marshall has refurbished the arcade – under Clough’s guidance – and held a grand reopening event with family entertainments on 11 and 12 February.

“We’ve made changes, but we wanted to keep a lot of the original features such as wooden dominos and kites – the things I remember as a kid,” she explained.

“We’ve also kept all of the 2p-pushers, it’s what everyone comes in for.”

The takeover has helped boost the local economy through the creation of four new jobs, with two existing staff members being retained.

Marshall said she is now eager for the new holiday season, and has begun formulating ideas for out of season events to generate revenue during the winter period.

“We really hope this is a success and that families can come enjoy the arcade and make happy memories, just as I did when I was younger,” she added.

Clough said that after over five decades in the industry she was ready to depart, but thankful to be handing Surfside over to such a close friend.

Looking back to the start of her career, she commented: “Things were so different back then. The beach used to be packed out with people every summer – it was full of deckchairs. So much has changed over the years.

“Surfside is the last arcade that we owned. I am sad to be selling, but it’s time to retire.”