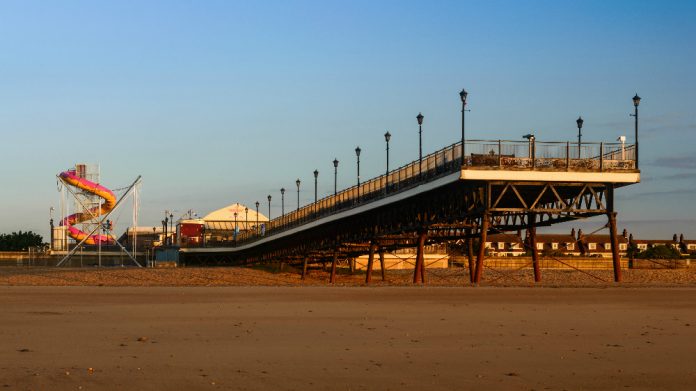 The UK seaside resort of Skegness will open all year round following its full refurb.

A major refurbishment project has been completed at Skegness Pier’s amusement arcade that will allow the 136-year-old landmark to become a year round attraction.

Work to build a new insulated roof on a section of the arcade at the pier’s seaward end, known as Deck Three, was successfully carried out, enabling the pier to extend its opening hours throughout the winter months.

The refurbishment means that the seaside landmark has the option to open seven days a week if it wants, increasing footfall and revenue at its family entertainment centre.

Gabriella Wilkinson, admin manager at Skegness Pier, told the Skegness Standard: “Now with our new roof we are able to open the whole of the pier at weekends when there is a demand. Most of the pier is also now able to be open seven days a week.

“This is another example of the major investment and confidence in the bustling and thriving seaside resort of Skegness.”

Prior to the installation of the new roof, Deck Three suffered from a problem with damp which caused a section of the arcade to close each winter and put all of its modern amusement machines at risk. At the end of every main season, management were forced to move the machines into the centre of the pier, which is heated throughout the year, to prevent them from taking on too much moisture and malfunctioning.

With the insulated roof in place, the games can now be left in place and Deck Three left open on winter weekends if there enough visitors to merit it.

The new roof also means that this section of the arcade will be a lot warmer for customers, who will also be able to access the pier’s seaward deck throughout the year, as well as reducing heating costs and making the business more environmentally friendly.