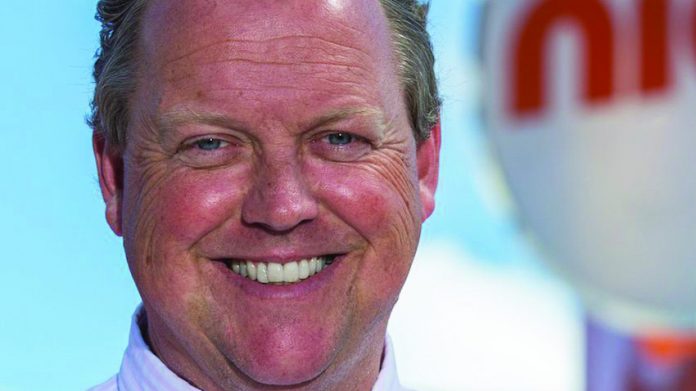 Nick Thompson, of Blackpool Pleasure Beach, has become the third member of his well-known family to become chairman of the attractions trade association, BALPPA.

For the first time in its 81 year history, the British Association of Leisure Parks, Piers and Attractions (BALPPA) has elected a third-generation chairman. Announced during the trade association’s January AGM, Nick Thompson was selected to lead the group for the next two years, following in the footsteps of his father and grandfather.

BALPPA’s flagship event, The Annual Dinner was held on board Sunborn London – a 108-metre yacht, moored at Royal Victoria Dock, just outside London’s ExCel Exhibition Centre. It was reportedly the highest attended gathering in the association’s history.

Members at that record gathering selected Thompson as their new industry champion, just as their predecessors had chosen his father Geoffrey Thompson in 1982 and 1992. Nick’s grandfather, Leonard Thompson, who was the very first chairman of what was then known as the Association of Amusement Park Proprietors in 1936 and was also elected to post again, 27 years later, in 1963.

Although the membership fees have gone up a little from the 20 guineas charged in Leonard’s day, Nick Thompson is charged with the same responsibility of representing the interests of the attractions industry to government and around the country.

“I’m extremely proud and honoured to be able to represent the leisure industry on behalf of the UK,” said Thompson of his appointment. “As the third generation of my family to hold this position I feel very humbled, especially as my grandfather was one of the founding members of the association.

“Over the next two years our members face a number of challenges, such as Brexit, and in my role I intend to make sure that as an association we continue our lobbying to get the best for our industry.”

In his day job, Nick is heavily involved in the upcoming the Construction 2018 project, which will see introduction of the UK’s first ever double launch coaster, coasting £16.25m, and featuring the highest number of ‘interactions’ in the world, at 15.

The addition of the new ride is expected to bolster the Pleasure Beach’s fortunes, although the theme park has already seen visitor numbers soar in recent months.