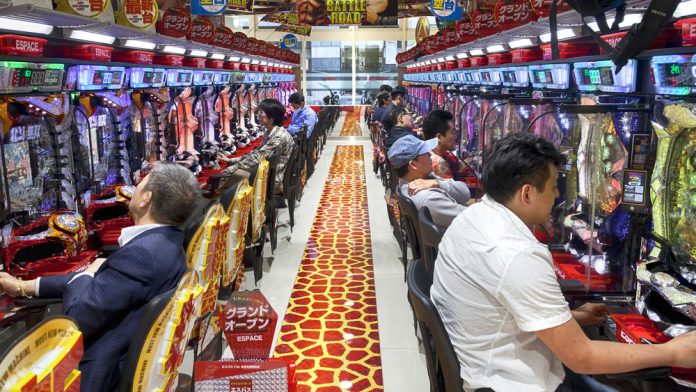 Japan still dazzled by the lights and sounds of arcades.

The FT is reporting on how the Japanese arcade scene is still flourishing. At nearly 4pm in Tokyo’s Shinbashi district, the Game in Rido arcade is half-full of salarymen with one more client meeting before the work day is done. It is prime time for killing time.

For nearly 40 years, Japan’s arcades — some vibrant but many in an increasing state of corrosion — have been shrines to the art of idling. They have won a distinctive place in the country’s cultural history, in the evolution of pop art and in the birth of global geekiness.

But there is no escaping the numbers. At their mid-1980s peak, there were 44,000 geemu sentaa (“game centres”) across Japan; by March 2016, according to the Japan Amusement Industry Association, there were just 4,856 registered with the authorities, and an estimated 9,000 with fewer than 50 machines apiece. And yet, Japan’s arcades have survived as quirks of corporate pride and cultural habit. Although they now make the vast majority of their revenues from console games, Japanese games companies continue to operate arcades and build products for them.

“You can see how it has worked as long as it has,” says Brian Ashcraft, author of Arcade Mania! The Turbo-Charged World of Japan’s Game Centres. “Companies like Sega, Taito and Namco believe that making arcade games is a big part of their corporate identity. They think, ‘This is how we started out, so this is what we’ll keep doing.’”

The “essence” [shinzui] of Japanese arcades was always different, explains Nakanishi, 46, a former distributor of Konami games and now a regular in an arcade in Tokyo’s shabby Ueno district. He plays a game called Wonderboy II, never moving his eyes from the screen as he reels fluently through years of oral arcade history.

“You have to remember that even though there were big American companies like Atari making great games, basically it was Japanese companies that really made video games into a global phenomenon,” he says. “We were the test market, a really great test market, because the country was rich and we felt part of something pioneering. What worked in Japan would work overseas. [Space] Invaders, PacMan, Street Fighter II — they were all Japanese. [Companies like] Konami, Taito, Capcom, they were like viruses, spreading Japan around the world.”