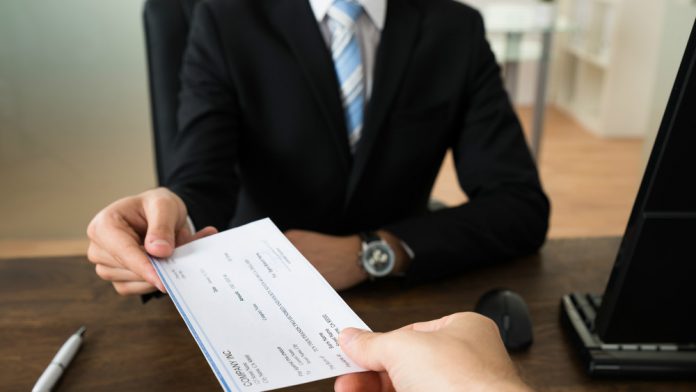 The company, which operates throughout the EEA (European Economic Area), chose to present the new payment method at the London event.

CEO, Germano Arnò, who from the very beginning of his career has been combining finance with technological innovation at its best, commented on the decision to launch at the show.

“We chose ICE to launch this form of payment,” explained Arnò, “because it’s in gambling that the e-cheque shows the value of its main features: safety and simplicity of use, two essential criteria for operators as well as for players, because who plays, in addition to paying out, sometimes, must also cash in. The electronic cheque can be transmitted online, since there is no physical paper passage, and can be cashed even by those without a bank account. We already know by now, that in the next three months, approximately one million electronic cheques will be issued.”

eM@ney claim the electronic cheque is simple to produce and use wherein an issuer sets up an account with eM@ney and, instead of the traditional rectangular piece of paper, fills in a form on the User page with the data of the beneficiary and the amount.

This is the first cheque created as an electronic instrument but with all the features of the physical cheque.

According to the company, from that moment on, the cheque exists and can be transmitted with a simple email to the payee after which they can collect it in cash, in compliance with all regulations, either in one of the eM@ney Points in the area, or deposit it to a bank account, via home banking from the PC, without even physically going to the bank.

“Despite our procedures being more stringent,” said Arnò, “still, various functions are very lean and fast. So, the operators comply with the rules, without impacts on the operations, while the authorities maintain control over the cash flows and complying with the need for security, imposed by the EU and by the single countries.”

Arnò added: “This is the first cheque created as an electronic instrument but with all the features of the physical cheque and, in addition, with the warranty of coverage, which has been always the Achille’s heel of the paper cheque.”

He concluded: “it cannot be lost or stolen, or end up by mistake in the washing machine.”