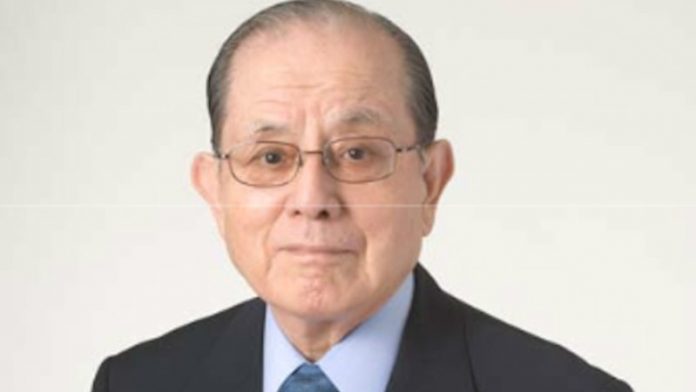 Father of Pac-Man leaves a legacy of entertainment.

One of the video game industry’s driving forces, Masaya Nakamura, has died: Mr. Nakamura, who was president of Namco, was aged 91.

A true entrepreneur, Masaya Nakamura began his amusements career in 1955 when he operated rudimentary, non-electronic children’s rides from the roof of a Tokyo department store. From there he expanded his operation to include a broader selection of children’s rides.

In the 1970’s he was at the forefront of the video game revolution and was responsible for the classic Galaxian, which he sold to Midway Games. However it was the pizza inspired Pac-Man for which he will be best known. Developed in 1980, Pac-Man, whose name came from the Japanese word ‘pakku’ which translates to gobble in English, became an international cultural icon. The brand name was used to promote a range of clothing, a cereal, a pop song and was even used to describe a financial manoeuvre in which firms acquire rivals.

A statement from Bandai Namco confirmed: “Masaya Nakamura, Honorary Advisor of BANDAI NAMCO Holdings Inc. as well as Founder of BANDAI NAMCO Entertainment Inc. and NAMCO LIMITED, passed away on Sunday, January 22, 2017, at the age of 91. BANDAI NAMCO Holdings Inc. would like to respectfully express our deep gratitude for the kindness that Mr. Nakamura showed throughout his lifetime. In accordance with Mr. Nakamura’s wishes, a wake and funeral ceremony were held with close relatives, and public notice of his passing was provided after the funeral. A memorial ceremony in remembrance of Mr. Nakamura is being planned for a later date.”

It continued: “Under Mr. Nakamura’s leadership, NAMCO LIMITED recorded growth as an entertainment company, expanding its business fields to amusement facilities, theme parks, arcade game machines, and home video game software. These initiatives included PAC-MAN, which was launched in 1980 and became a major worldwide hit. PAC-MAN was recognized by Guinness World Records as the “most successful coin-operated arcade game,” and Mr. Nakamura was highly regarded around the world as the “Father of PAC-MAN.” Mr. Nakamura did his utmost to lead the growth of NAMCO LIMITED, and through a wide range of association activities he also worked to contribute to the advancement of the entire industry and  to the development of visual-related businesses.

“The creation of BANDAI NAMCO Group through the 2005 management integration of NAMCO LIMITED and BANDAI Co., Ltd., was realized in part due to Mr. Nakamura’s strong commitment to building the company into an entertainment group that could gain momentum in global markets. Today, the BANDAI NAMCO Group continues to follow the founding philosophy of offering hospitality, providing dreams for people, and taking responsibility and pride in having “fun” as our job.”

Mr. Nakamura was recorded as the 68th most wealthy person in Japan.