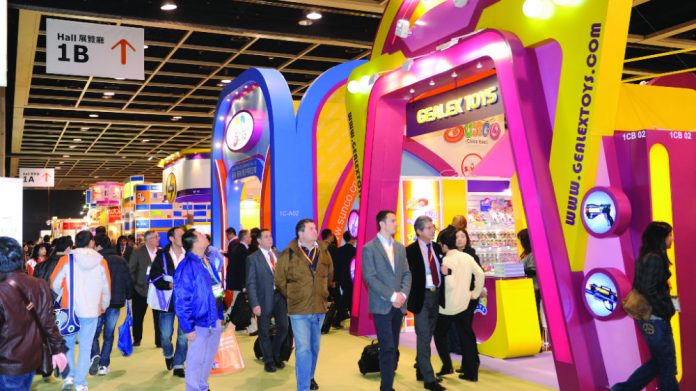 Thousands of exhibitors showcased their latest toy inventions in Hong Kong recently, and Smart Tech is definitely the new black. Where Asia leads, particularly in this area, the rest of the world tends to ponder. Will the UK follow and make 2017 the year of Smart Tech?

The Hong Kong Toys and Games Fair enjoyed a successful 43rd run, featuring a record 2,100 exhibitors from 42 countries and regions, making this the largest event of it’s kind in Asia.

The fair, not surprisingly, provided an early year indicator of what to expect on the shelves and in the prize machines with the strongest trend on the showfloor pointing to Smart-Tech toys. Although still a niche market, raking in £3.35bn in 2016, the market is expected to experience significant growth leading up to 2020, a point not missed on core gaming shows such as MGS in Macau which has used ‘Smart City’ and AI as its themes for November.

At the HKTGF, the Smart-Tech toy zone showcased a wide range of toys and games applying innovative technologies, such as the increasingly popular augmented reality and virtual reality technologies as well as products operated via mobile apps.

The major draw of Smart-Tech toys is the educational factor, which merges virtual reality and video with traditional toys and accelerates learning while still making it fun, especially for younger children.

One product on exhibition was a play mat from PT Buana Más Sejati, a manufacturing company from Indonesia. Styled like an ordinary children’s play mat, it uses an app on a tablet, enabling children to hover over the images on the mat and the screen would show their animated counterpart and teach them how to spell.

Johan Tandanu, co-founder of PT Buana Más Sejati, said in an interview with BBC: “We’ve been making regular play mats for 13 years, but it’s just tougher and tougher to make money nowadays. Now with the technology advancing to where it is, we find that we can offer a higher end product that children can learn from.”

Christopher Byrne, toy expert and content director at TTPM, said: “More and more toys are being controlled with smartphones or tablets and the kids who have them, it’s a natural way for them to play. Whether it’s a drone or a stuffed animal, these app enhanced toys have gotten much more sophisticated as the technology has gotten more advanced.”